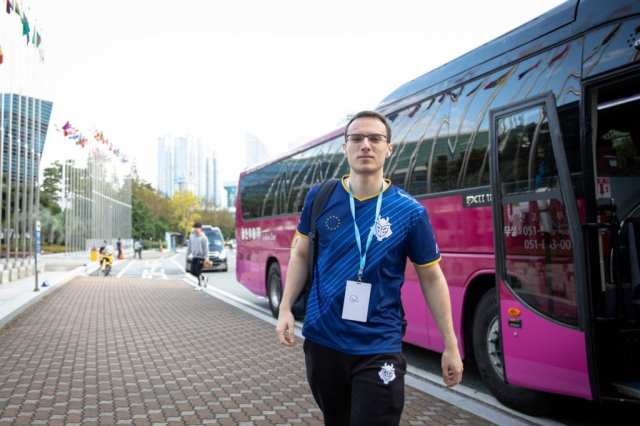 It looks like more drama is heading towards the competitive League of Legends scene. According to VPEsports, multiple European LCS teams are accusing G2 Esports of player tampering and poaching. The focus of these accusations are on G2 Esports’ newest ADC, Luka “Perkz” Perković. This comes only days after G2 Esports would confirm the acquisition of star mid laner Rasmus “Caps” Winther from Fnatic. Additionally, the founder of Fnatic would post an interesting tweet after the roster change. The post would imply that G2 had poached Caps from the team.

Sources have told VP Esports that several LCS teams are in the process of filing a complaint against Perkz and G2 for poaching players.https://t.co/oKHTulh7cp

Apparently, “he [Perkz] controls the roster. He chooses who he wants to play with and then is told by the organization to go out and get the players. The G2 management then close the deals.” This also follows up on allegations from 2016, where Perkz was being accused of poaching Jesper “Zven” Svenningsen and Alfonso “Mithy” Aguirre Rodríguez. The two players were under contract with Origen at the time, when Perkz would talk to them about joining G2.

G2 Esports: A History of Poaching?

One of the perkz of my job is I don't poach.

There are multiple instances where G2 Esports have been investigated for poaching. For example, in 2016, Perkz would apparently approach top laner Andrei “Odoamne” Pascu. He would first discuss things with Odoamne at the 2016 World Championships, before moving the talks online. There is also evidence and Skype conversations that confirm these interactions took place, as well as G2 Esports actively covering their tracks so as to avoid Riot punishment.

Another roster change that is under scrutiny is Kim “Wadid” Bae-in and Petter “Hjarnan” Freyschuss back in 2017. They were allegedly contacted by Perkz almost three weeks before the official free agency period would begin. He would approach the players via Facebook, then would move the discussions to Teamspeak. Another player that teams were concerned about is Elias “Upset” Lipp, even though he wouldn’t play for the team.

A source would state, “I don’t know if all the blame will go on [Perkz], but it wouldn’t be fair if it did. I know that once he reaches out to the players Carlos gets on the calls to finalize the deals. This is G2 Esports thinking they can get away with anything because they have been getting away with it for so long. The other teams have had enough.” Carlos “ocelote” Rodríguez Santiago is the founder, co-owner and CEO of G2 Esports.

If these allegations are proven to be factual, could there be any punishment dealt with the parties involved? According to the Esports Global Penalty Index, a typical punishment for solicitation is a suspension of around three competitive months. The maximum penalty for such an offense is fifteen competitive months. This means that if Riot Games decides to penalize Perkz, he could miss a season of competitive play, or he could lose up to five seasons in his career.

However, player tampering hasn’t been really punished too severely throughout history, with the most being a fine and short suspension. For example, the worst punishment an organization has taken for poaching was $10,000. This was back when Counter Logic Gaming would convince William “Scarra” Li to become the head coach of the team, rather than return to Team Dignitas. For a player, the worst punishment was when Noh “Ninja” Geon-woo approached another player to join Team Dragon Knights back in 2016. He would suffer a one-month competitive suspension.

What are your thoughts on G2 Esports and the poaching allegations? Do you think that they will be found guilty? Let us know what you think in the comments below! If you want more League of Legends coverage, check us out here!