From coaching to playing and beyond: Interview with Youngbaek

From coaching to playing and beyond: Interview with Youngbaek 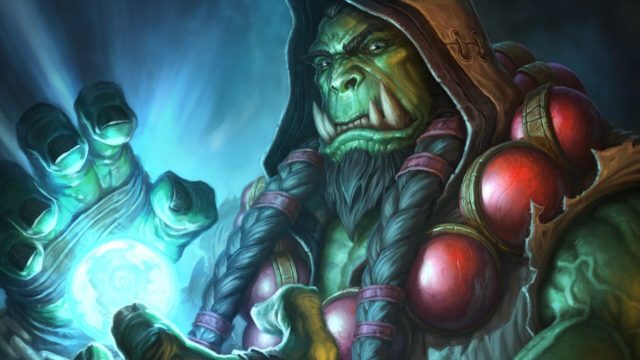 Coaching, playing, administrating, consulting… In the world of esports, Niccolai “Youngbaek” Creutzburg has done it all. We recently sat down with him to discuss his multifaceted career, his future, and what advice he has for those hoping to follow in his footsteps.

When I was 17, they said It was impossible for me to coach.

When I was 20, they said a coach can't play games.

Daily Esports: Tell us about your background, and how you got into esports.

Niccolai “Youngbaek” Creutzburg: Hi! I started off as an active member of the “Hive Workshop“, a WC3/SC2 modding community. It was there, at age 10, that I first learned about the AOS genre, which nowadays is known as “MOBAs”. I got very interested in the MOBA genre and have been actively competing in multiple games since. My first competitive title was EA’s Dawngate, which came out around the time esports started gaining a large interest within the gaming community.

At 17, after Dawngate was shut down by EA, I transitioned to Blizzard’s Heroes of the Storm, where I started coaching on my first professional contract, Team Dignitas. I’ve since worked in multiple esports areas, including tournament administration, social media & community management.

What research do you do to prepare for a given esports opponent at the tournaments?

It depends on what kind of tournament it is. If it’s a local (aka in your own region), you generally have a good idea about what other teams are practicing since you scrim them on a daily basis.  Nowadays, where most tournaments are league-format, it’s unlikely for a team to radically change up their strategy from week to week.

If it’s a global competition, let’s say IEM, Blizzcon, or any World Championships, there’s usually a lot of researching and analyzing to be done. Specific regions might be famous for certain playstyles or meta, but unless you have a large staff, it’s hard to keep analyzing all regions on a weekly basis. Thus, it’s unlikely that your prior research on any opponent remains accurate coming into the next tournament.

Preparation is also very dependant on the team’s identity. There are teams who prefer to stick to their own game plan regardless of opponents’ strategical choices. Alternately some teams place heavy importance on counter-strategy, which requires a lot more research. Most modern teams balance between the two philosophies, but there have been teams in the past which were famous for specializing in either.

What are your training/practice methods for tournaments? How do you get ready?

I think all teams, regardless of what esport title, are bound to prepare with the current meta-strategies. That being said, you might prepare your own unique strategies or counter-strategies based on the specific tournament. Training as a team is always just scrims, possibly holding a boot camp before a major tournament. Since teams scrim 6 or 8 hours a day, there’s generally little time to make a difference in the schedule. Personally, I believe that working hard on a daily basis is more important than overworking before a tournament.

Besides all the team practice, it’s usually each player’s individual responsibility to keep themselves in shape for team practice or tournament games.

How different was it to coach an esport team as opposed to simply play on it?

For me, there was a rather large difference between playing and coaching. I started off a very mechanically-focused ADC player before focusing heavily on analyzing game-play and strategical coaching. Later, I focused on supportive coaching and researching sports psychology. I spent about 2 years coaching before I started playing. Eventually, I was playing on the Norwegian national team in Blizzard’s 2017 EU Heroes of the Storm tournament. Competing after so long made me notice a major change in my game-play and approach to competing. I’m positive it came from those years focusing on coaching and developing other players.

What advice do you have for others hoping to follow in your footsteps and break into esports?

My only advice for others aiming towards the big stage within esports is to give your best and don’t give up. The road can be really long and full of struggles, but try and stay positive during your time online. Nobody is interested in teaming up with negative personalities. It’s important to network and find a good team you can improve and participate in tournaments with.

We’d like to thank Youngbaek for speaking with us! It was a pleasure to learn about his insights into coaching esports teams. If you’d like to see more from him, make sure to follow Youngbaek on Twitter.