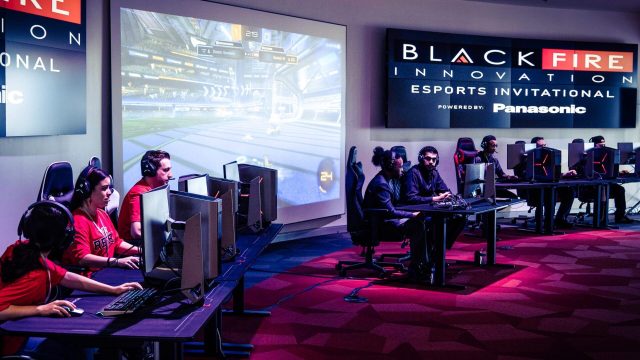 Activate Entertainment, the tournament organizer behind the Huskerrs Howl Call of Duty: Warzone tournament, allegedly hasn’t paid a number of its freelance talent and production staff, according to freelancers who have worked at the company’s events.

Activate Entertainment’s independent contractor agreement states that payments will be received no later than 60 days after an invoice is submitted. Huskerr’s Howl took place in May of this year, which means, according to these freelancers, that invoices haven’t been paid for five months.

“I love the team, I love the producers, but I do not love being ignored for five months with ZERO communication on when my invoices will be completed,” Freelance Caster Sean “Spaceman” Rogers said in a tweet on Oct. 18. “You’re holding us freelancers financially hostage and it needs to end, now.”

Since May, Spaceman has casted one of the open qualifiers for Huskerrs Howl, as well as two others Activate-operated events. He said that he’s owed $2,000 in all and has only received $500 that was paid on Oct. 18 after he put the initial tweet thread out.

Hey @ActEntGroup I know you’re busy so I’ll be brief:

I love the team, I love the producers, but I do not love being ignored for 5 months with ZERO communication on when my invoices will be completed. You’re holding us freelancers financially hostage and it needs to end, now.

“This company has a history of paying people in increments when the producers or talent keep emailing asking for money,” Spaceman said. Other freelancers, including casters and observers, echoed Spaceman’s experience with Activate Entertainment.

“[I] had some very similar issues with them last year and issues regarding our working conditions,” Call of Duty League Observer John Prosper said. “[I] had to observe out of one of the producer’s apartments that he shared with like three others (mid-pandemic, no masks from them by the way) because NAT type at the studio was closed for [a Black Ops 4] tourney.”

Activate Entertainment runs events and tournaments across a number of games, including Call of Duty, Fortnite and Madden. The company, which was acquired by UMG Media in 2019, has offices in Los Angeles, California and Las Vegas, Nevada.

A representative from Activate Entertainment reached out to Spaceman after his initial tweet thread, apologizing for the “delay” and adding that open invoices would be resolved “soon.”

“I told [Activate] to contact everyone who was still waiting for payment and keep them updated as well,” Spaceman said. This behavior is far from unusual in the esports industry. Other companies, schools and organizations have refused to pay staff and players after work has been completed.

Activate Entertainment has not responded to multiple requests for comment at the time of this writing.