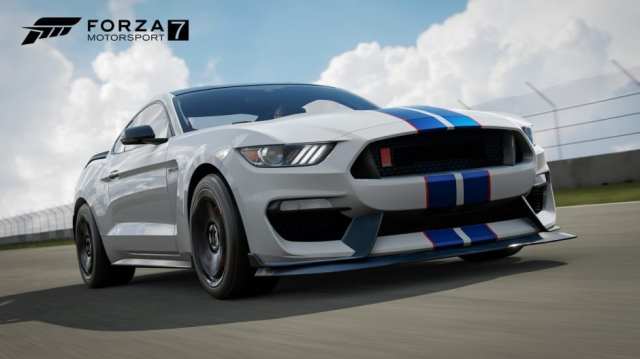 After overwhelming feedback,  Turn 10 Studios and Microsoft has decided to completely remove loot boxes from Forza Motorsport 7. Microsoft’s flagship racing game, which launched in October last year, has undergone fifteen major updates so far. As player’s expectations and experiences of the game evolved, the developers pushed new updates to meet those expectations. The newest update to hit takes into consideration the disliked loot crates.

One can purchase loot crates for in-game currency to unlock content such as cars, driver gear, mods, and badges. Some of the content would even give players an advantage in single player mode. Even since launch, loot crates were seen as a “source of controversy [and] the system feels out of place in the game”, says Turn 10 Studio Head Alan Hartman in a press release. As a result, Turn 10 is removing all loot crates, micro-transactions, and pay-to-win systems from the game. Additionally, paid tokens will no longer be available in the current game, nor will they be available in the upcoming Forza Horizon 4 set to release in October.

The game will not instantly remove the paid content due to the nature of unraveling loot crates from within. This gives players time to collect their Driver Gear suits, Mods, and Badges. Crates no longer contain cars or car cosmetics. To compensate for these changes, over 100 previously locked “exclusive” cars have become available.

These changes come shortly after Belgium would consider loot crates “gambling” and would ban the in-game practice earlier this year.

Changes to loot crates stem from Forza‘s drive to deliver to their players’ expectations. Furthermore, the team at Forza expressed their desire to look “for new ways to deliver a phenomenal experience to both players and fans alike“. Forza hasn’t just taken on board the needs of the community in removing the controversial loot boxes. Earlier this year, Turn 10 announced its commitment to esports. Two key features of the Forza 7 Motorsport game – “Spectate” and “Seed the Grid” – are cornerstones to the motorsport esports experience.

The “Spectate” aspect of Forza allows players to jump into private and public lobbies and watch the races unfold. Turn10 has put a lot of emphasis into game performance when in Spectate mode, and players will notice a drastic improvement to the quality of the race. That means no more stuttering cars, and instead live spectating will have the same quality as a saved replay. The “Seed the Grid” feature allows lobby hosts to now set the race grid as they see fit.

With this in mind, Turn 10 Studios launched the Forza Racing Championship (ForzaRC) in April with a Pre-Season Invitational. The season is split into two series with seven weeks of ranked events and a playoff which look place live in Seattle in June. The series features a prize pool of over $250,000. Mexico will be host to the Playoffs in September, while in October, the World Championship will take place in London. The championship will consist of the top 24 drivers battling it out for the top position.

What are your thoughts on Forza removing loot crates? Let us know your thoughts in the comments below! If you want more gaming news, check us out here!