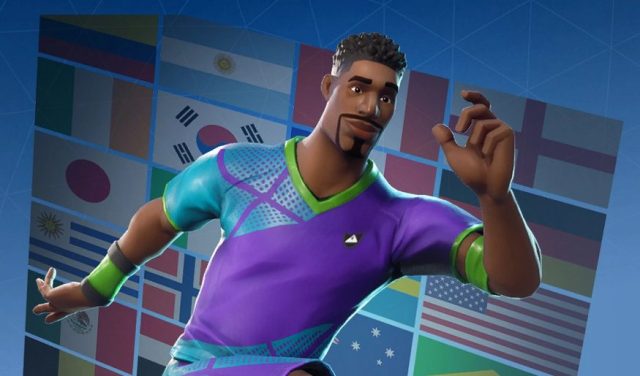 “Sweat” is a derogatory term used in the Fortnite community that refers to players who do whatever it takes to stay alive. These players prefer to build over dealing damage to opponents. The players are known for spending more time practicing in Playground Mode than in game lobbies. The most common example is a player that sits in a 1×1 or box during every engagement.  A sweat will build many stories high to avoid taking damage.  Basically, sweats build 90s and turtle up to avoid any damage. Streamers, competitive players, and casual players alike use this term even if they can be considered “sweats” themselves. And the issue of sweats in Fortnite is only getting larger, due in part to the rules Epic Games has set in place.

How did the sweats come about?

Since being released in September 2017, Fortnite Battle Royale has rapidly evolved. The game quickly transformed from a simple third-person shooter into an intense multi-dimensional battle royale. After season 4, the popularity of Fortnite exploded. Epic Games quickly created a competitive Fortnite scene. They announced, in May of 2018, that $100,000,000 would be given to tournament winners and attendees. By November of 2018, there were over 200 million registered players. Everyone wanted a chance to compete for prizes and prove they are the best Fortnite player.

The first few tournaments were a learning experience for both players and Epic Games. From then on, the competitive Fortnite scene has developed into players waiting in boxes until they are forced to move due to the storm. Engagements occur through the game, but the rules of the tournaments promote camping and turtling. Players earn points based on finishing position. The “sweat” gameplay style is exactly what you see in both tournaments and scrimmages. In the game, players are preferring to cover up instead of pursuing eliminations.

The sweats have evolved from this promotion of passive gameplay in tournaments. The risk of exposure outweighs the benefit of additional eliminations. The scoring system for the first Pop Up Cup is seen above. The same amount of points can be earned by placement as by eliminations. Epic Games then adjusted the scoring to encourage aggressive play.

The most recent duo competition, Secret Skirmish, saw more assertive play but did not discourage turtling and camping. However, the scoring system balanced eliminations and placement.

During this tournament, there were multiple high-kill games. The added bonus for breaking eight-plus eliminations increased players’ desire to rack up eliminations. Therefore, this tournament was more entertaining than the previous few.

Now Epic is ready to roll out their new 2019 World Cup. The scoring system has been announced as follows:

The victory royale far outweighs the benefits of playing for eliminations. If the rules stay as is, the World Cup will revert back to the passive gameplay of the past. Players will be strongly encouraged to do whatever it takes to stay alive. Hence, Fortnite is once again encouraging the sweat style of play.

Why is competitive play leaking into casual lobbies?

Firstly, money is the motivator. Epic Games is willing to give out millions of dollars in prize money. Every eligible player in the world has a chance to take home $3,000,000 by winning the solo tournament. Players will want to practice the gameplay styles that are necessary for competitions. Just by qualifying for the finals, contestants will receive a minimum of $50,000. That is life-changing money! It is no wonder that players want to practice and enhance their skills.

In addition, practicing has become even easier with creative game modes and YouTube tutorials. Creators are making practice courses to help fine-tune in-game skills. There are custom maps for practicing editing, shooting, building, and more! Creators are also making videos to explain how to improve your abilities. The knowledge is being shared on a massive scale. The player base that can be referred to as sweats is growing. Whether or not you are a fan of the that style of gameplay, it is here to stay.

As qualifiers approach (April 13 – June 16), the sweats will only be more common in lobbies. Players will be looking to be in top form for the World Cup. Tournament-style play will be seen in non-competitive games. The skill required to win games will rise. More players will be using advanced techniques and strategies. Who can blame them? A chance at $3,000,000? Count me in!

As always, stick with Daily Esports for all of your Fortnite news. For more reading, check out the latest details on the Fortnite World Cup.