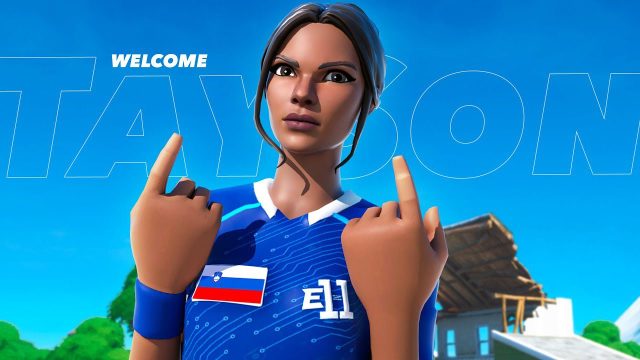 During a Fortnite stream,TaySon was asked by a user in his chat what his thoughts on the “LGBT community” were. The Slovenian pro initially misunderstood the question, asking what is the “IGBT” community. An unknown individual clarified that the question was for the LGBT community, explaining that it stands for the “gay community.”

TaySon responded, saying, “No, I don’t support that shit,” quickly followed by someone exclaiming “No!” seemingly in response to TaySon’s statement. While some of the video is ineligible, someone does appear to “Don’t say that,” followed by TaySon confirming his earlier statement saying, “I don’t support them.”

A sort-of an apology from TaySon

After a swift and justified reaction from Fortnite fans, TaySon released a TwitLonger walking back his homophobic statements on stream. TaySon claimed that his “English is very poor,” which was the cause of his statement. He also claims that the question he was asked was “misinterpreted,” even though the question seems pretty straightforward.

“My response to the situation that occurred today. To start things off, I truly do apologize for what I have said earlier, when asked the question on stream I genuinely didn’t think things through clearly and the way I interpreted the question was very different to what it actually meant.

”My English is very poor, I am not as comfortable speaking the language as I would want to be, so naturally I didn’t realize I had messed up, either. The question I was asked today was just misinterpreted. In no way do I oppose anyone’s sexual identity, I [don’t] oppose anyone for who they are at all. I hope that everyone can understand, and I truly am regretful of what I said.”

At just 16-years-old, TaySon has secured two last two Fortnite Champion Series (FNCS) competitions. His first win came in Chapter 2 – Season 3 as a solo, and then in Chapter 2 – Season 4 in trios. Tayson’s homophobic comments, whether they were an accident or a misunderstanding, hurts the LGBTQIA+ and Fortnite community as a whole.