Everything you need to know about the Fortnite Grand Royale

Everything you need to know about the Fortnite Grand Royale

The FNCS Grand Royale is the next competitive circuit for Fortnite 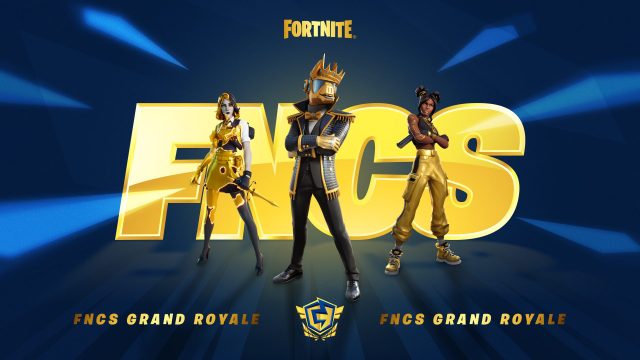 The FNCS season concluded over the weekend, but Epic Games is already onto another competitive circuit in Fortnite. The Fortnite Grand Royale is coming up in mid-November and Epic has released some new information surrounding the event. There are qualifiers for each region which are followed by the Community Cup. In addition to the events, there’s a new show coming to FNCS and some rewards for players who decide to take part.

The new competitive event begins on Nov. 11, with the Middle Eastern Qualifiers. The qualifiers will take a somewhat different route than previous events when it comes to advancing to the finals.

The full schedule for the qualifiers, and the Community Cup dates, are viewable below.

During the event’s schedule, on Nov. 19, FNCS will launch its first Hype Hour. This live broadcast recaps FNCS events from analysts and casters. The show will also bring an announcement for the 2022 Fortnite competitive season. Hype Hour takes place on Nov. 19 at 3 p.m. ET.

For fans who want to participate in their region’s Community Cup, a special outfit is up for grabs. The Victor Elite outfit and backbling are available for Trios who perform the best in their region over 10 matches. Trios must have 2FA set up on their accounts and be at least level 30.

Players can watch the qualifiers on their region’s specific Fortnite social channels. The channels associated with each region are viewable below.

Players can tune in to one of these Twitch streams to earn some drops. As long as their Twitch and Epic Games accounts are linked, they’ll earn drops by simply watching streams during Fortnite Grand Royale.