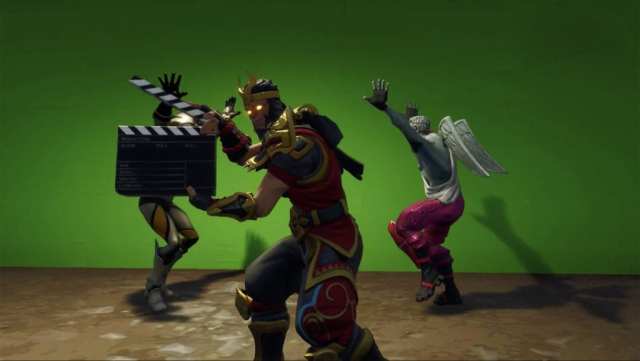 With each passing day, the Fortnite community continues to prove its boundless creativity. Most recently, Youtuber WiziBlimp is turning heads with their recreation of the music video for “Finesse,” originally performed by Bruno Mars and Cardi B. Using a clever combination of in-game dance moves, emotes, and editing, the video bears a striking resemblance to the original. For some, the video’s high production value is no surprise. That’s because this isn’t WiziBlimp’s first music video reproduction. Their first, a recreation of “This is America” by Childish Gambino, already has over 3 million views on Youtube. “Finesse” is gathering similar attention. View the full video below to see why.

As new games mechanics come along, players are able to create increasingly complex original content. As such, the “Finesse” music video is only the latest in a series of creative endeavors from the Fortnite community. With the introduction of the Playground LTM, players are flooding the game’s Reddit and Twitter feeds with their content. Apparently, removing the pressure to battle 99 other players on an island proves that the core mechanics are fun in their own right.

That being said, the Playground is not the only place where creativity abounds. In a comment on their Youtube channel, the WiziBlimp team states, “99% of this was recorded pre-playground, but we have do have plans for playground.” The fact that the talented team is capable of creating such accurate renditions outside of the game’s dedicated creative mode is nothing short of awe-inspiring. With further changes en route for the Playground, it seems it’s only a matter of time before we see full-scale movies created in-game.

Looking for the next blockbuster

In fact, this is an opportunity that Epic Games is aware of and attempting to capitalize on. The newly introduced #FortniteBlockbuster Contest challenges users to create their own superhero film using the game’s replay system. Recently, in a post on their official blog, Epic Games announced the following:

Use the Fortnite replay system and a little in-game movie set magic to make a blockbuster hit highlighting the heroes of Season 4 and their adventures. Submit your creations for a chance to have your film featured in-game on the Risky Reels screen for all of the Fortnite community to see, a poster for your film in the Fortnite world, V-Bucks, and more!

Though it’s not eligible for the Blockbuster Contest, the “Finesse” music video caught the attention of Epic employees. Consequently, as Fortnite continues to gain popularity, maybe original stars Bruno Mars and Cardi B will chime in as well. Until then, let us know your thoughts, and share your favorite content below!