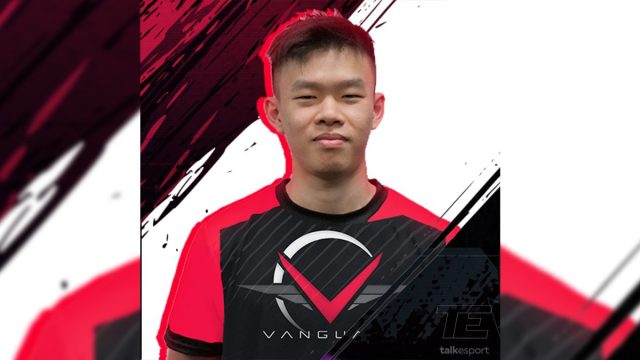 Epic Games has slapped down the permanent ban hammer on Kalvin “Kez” Dam, a former Fortnite Championship Series (FNCS) winner, for using soft-aim hacks during a Frosty Frenzy event. Despite the fact that Epic Games has repeatedly said it will not tolerate cheaters, Kez opted to cheat in the middle of the Frosty Frenzy tournament.

As such, Kez suddenly disappeared from the match. All of his items dropped. His teammates, Nanolite and Chris “CizLucky” Perez, were completely baffled as to what happened. It didn’t take long for them to piece together that Kez was banned, but the fact that Kez didn’t tell them about the ban made viewers (and his teammates) rather suspicious.

Doesn't look good that he didn't say anything to his teammates after being struck by ban hammer? pic.twitter.com/c0S1MXv6DK

After the game, Kez told Nanolite and CizLucky that he was indeed banned for “a very long time” due to “exploiting.” Too bad he left out all of the very important details.

It didn’t take long for rumors to fly that Kez was using soft-aim hacks. Kez had to deactivate his social media accounts to shield himself from the ire. CizLucky then mentioned that someone he didn’t know contacted him on December 5, claiming that he sold Kez soft-aim hacks. Even though he showed CizLucky proof of the transaction, he didn’t believe the whistleblower. Considering such a message was out of the blue, it’s understandable as to why CizLucky didn’t believe it.

I was so naïve, I didn't even think for a second he was telling the truth pic.twitter.com/QVFvOCrnIm

How long has Kez been cheating?

Many in the Fortnite competitive community are now wondering how long Kez has been cheating. Did he cheat in the FNCS? Is that what led his team to victory? Sebastian “Sebby” claims this is not the case.

“I have gotten confirmation kez in fact cheated, and NO he did not cheat during squads, trio, or wc,” Sebby tweeted. “He started using cheats after 2020 trio FNCS was done.”

But this is just one person claiming some hearsay. It will be interesting to see if Epic Games launches its own investigation into Kez’s performance at the FNCS in an effort to take back his prize winnings. Regardless, Kez has been permabanned from Fortnite and cannot compete for cash prizes in a sanctioned Fortnite tournament again.