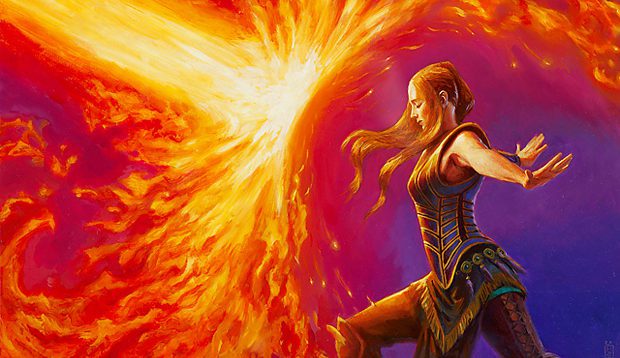 For months, we’ve all been arguing over whether Force of Will or Daze needed to be in Modern Horizons. Modern has a lot of very fast threats and very strong, proactive decks so a lot of people wanted the aforementioned countermagic to slow things down. Some of us thought maybe Misdirection could be used in their place as a less powerful, free way to interact in Modern. We were wrong. Today, on the official Magic Twitch channel, we saw a massive spoiler for new Modern Horizons rare card: Force of Negation.

Force of Negation in Modern

Needless to say, this particular stream reveal was a jaw-dropper. This card is so much closer to Force of Will than we ever could have imagined getting in Modern. Let’s look at how Force of Negation may impact the format.

Right off the bat, this answers some of the most aggressive decks in the format. This can stop Izzet Phoenix, Hollow One, and Dredge from casting Faithless Looting on their first turn to set up turn 2 or 3 lethal. Force of Negation allows players to play out their gameplans while still holding up interaction to stop Storm from going off or to stop a turn 3 Karn Liberated. It lets you trade 2 cards for a Boros Charm against Burn and allows you to deny targeted discard from cards like Thoughtseize, Inquisition of Kozilek, or Duress.

Force of Negation slows things down, which is what we all wanted from a Force of Will printing.

This is just the beginning of the Modern Horizons spoiler season. While it’s tough to see anything topping Force of Negation, there are plenty of reveals coming. As always, we’ll have them all covered! Check out our posts on the eight new Commons, four Common reprints and three new Uncommon reprints revealed today.

For all future coverage, stay tuned on our Magic: The Gathering page!