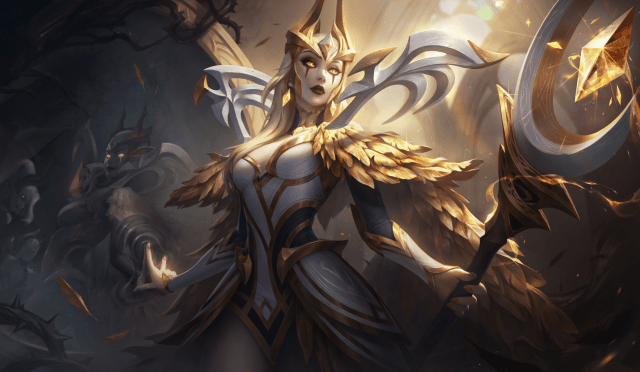 A rematch of the legendary 2015 EU LCS Finals, Origen and Fnatic met in the third semifinal of the LEC. The red hot Fnatic had steamrolled through the playoffs, ending Spylce and Vitality in their warpath. Origen were coming off of a fairly convincing 3-0 loss to G2, looking for another chance to prove themselves. Would Fnatic take it home and give us a rematch of the 2018 Spring Split? Or would Origen get a chance to redeem themselves in the finals against G2?

In game one, Fnatic decided to implement the infamous Sona/Taric combination, but Origen were ready. With an instant Zed/Blitzcrank response, OG set their plan in motion to devastating effect. The biggest problem of the Sona/Taric bottom lane is that it cannot manage waves, opening them up to Blitzcrank hooks galore. Origen went balls to the wall in the early game, taking Fnatic for everything they were worth. They closed out the game quickly and efficiently, with no real chance for the defending champs to make use of their composition.

The second game saw Origen now turn to the Sona/Taric bottom lane, cleverly banning out the Blitzcrank counter-pick. Fnatic pulled out the pocket pick Annie, and the game that followed could be aptly described as a fiesta. Kills were traded left and right, as Fnatic secured several objectives. Unfortunately for the reigning champions, time was their enemy. The teamfighting composition of Origen got time to scale, and the game turned in their favor. Fnatic began losing fight after fight, and eventually lost the game, moving the series to match point in favor of Origen.

With their backs against the wall, Fnatic came into Game 3 guns blazing. With the return of Hylissang’s Pyke, Fnatic were fast and furious. They dominated all stages of the game, with bottom lane in particular going extremely one-sided. Rekkles was ahead of Patrik by a margin of 80 CS for a majority of the mid-game, allowing his Vayne to snowball hard. Fnatic simply took pick after pick and closed the game at the 26-minute mark.

The fourth melee had no gimmicks, no special tricks, no weird drafts. Both teams went back to their bread and butter: late-scaling teamfight compositions. Even with the late game power, the boys in blue decided mid-game was the place to make plays, with Nukeduck, Mithy, and Kold being nigh omnipresent. Bwipo getting caught out repeatedly cost FNC dearly, as OG used every small advantage to take objectives at their leisure. A teamfight netted a 3-for-0 in favor of Origen, which in turn saw them pick up a decisive Baron. They took the buff and ended the series 3-1, setting up a rematch with G2 on Sunday.

With Fnatic defeated, Origen now have vengeance in their hearts and redemption on their minds. They showed life against G2, and showed they could adapt against Fnatic.

Three years removed from G2’s first title, which they won by defeating Origen, the underdogs will get their chance to rewrite history.