Fnatic out of contention for VCT Masters 3: Berlin

Fnatic out of contention for VCT Masters 3: Berlin

Down but not out for the Masters 2: Reykjavík runners-up 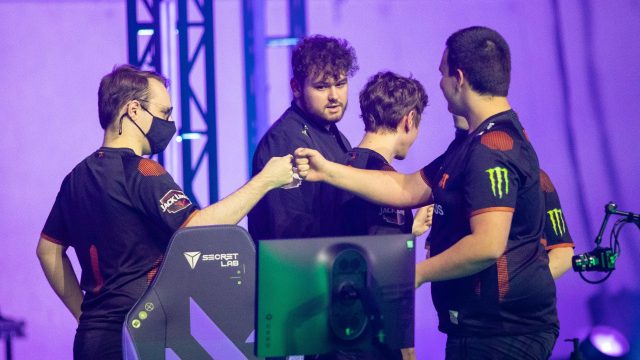 Fnatic is out of Masters 3: Berlin contention after a third-place finish at the hands of Team Liquid at VALORANT Champions Tour Stage 3 Challengers 2. A top two finish was required to qualify for playoffs.

After coming in second place at Masters 2: Reykjavík, Fnatic was one of the favorites to qualify for Masters 3: Berlin. However, having failed to make it to VCT Stage 3 Challengers 1, things looked less certain. Especially after various other strong teams failed to qualify as well, the competition was fierce in Challengers 2. Both Masters 2 attendees ended up dropping into the lower bracket to Giants Gaming, where they’d meet in the lower final to determine who would join the Giants in the final and the playoffs.

No Fnatic in VCT Masters 3: Berlin

The battle for playoffs in the lower final was a close one. It took all five games to determine a winner. Ultimately, it was Team Liquid on Breeze that ran off with the win. Fnatic started well, but Liquid soon took over and forced Fnatic against the wall.

It was, perhaps, meant to be that these two teams would face each other for a playoffs spot after they also battled at Masters 2: Reykjavík. Back then, Fnatic knocked Team Liquid out of the tournament to make it to the lower final.

I can't get myself to type anything

“I can’t get myself to type anything,” Jake “Boaster” Howlett tweeted. The bundle of joy from Fnatic was popular for his cheerful presence at Masters 2: Rekjavík.

Down but not out

Of course, Fnatic is not out of contention for Champions. They still have two ways to make it: circuit points and the Last Chance qualifier. However, qualification for Masters 3: Berlin would have possibly sealed the deal for Fnatic. Now, they cannot afford any more slip-ups.

Fnatic still leads the region in circuit points, but those that make it to Berlin have a chance to match of overtake Fnatic in terms of qualification. Team Liquid is just 100 points behind and, if they make it to the international LAN, will have the opportunity to score a decent amount of points in Berlin. Fnatic’s Champions destiny is now no longer in their hands, but the hands of their rivals and those who qualify for Masters 3: Berlin.

The EMEA teams qualified for the playoffs for a spot at Masters 3: Berlin are as follows: