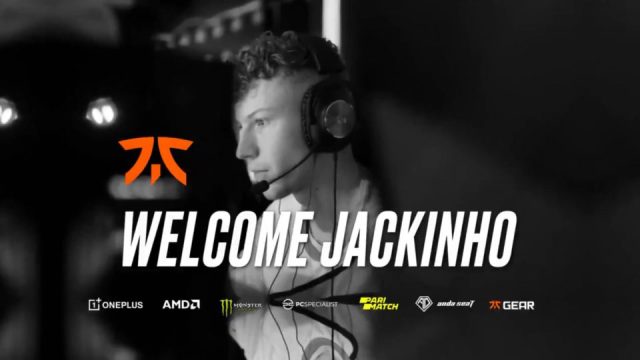 Jackinho made his debut on the world stage with Fnatic at cs_summit 7, and the rifler helped his team reach the semifinals with a 2-1 series win over Cloud9. That victory was followed by a 2-0 sweep of Heroic on Sunday to reach a final tilt against Virtus.pro.

Fnatic’s run through the cs_summit 7 bracket put fans around the world on notice. Jackinho is more than a rising star; he could be a catalyst in turning Fnatic into one of the best teams in the world.

Before joining Fnatic in January 2021, Jackinho was known in the semi-professional Swedish scene as a strong AWPer. The 21-year-old started his competitive career at 17, playing under Nordic Knights’ banner. In 2020, Jackinho snagged five first-place tournament wins, including Dorito’s CS:GO Open Season 2.

However, it seemed as though the AWPer couldn’t find a comfortable home. He jumped from team to team throughout 2020 before ending the year with Broderna145. Little did he know, he’d soon join his dream team.

The addition of Jackinho is no surprise for Fnatic fans. In-game leader Maikil “Golden” Selim hinted the team was looking to welcome a Swedish player.

While Jackinho is considered one of Sweden’s rising stars, he has big shoes to fill. The AWPer replaced Robin “Flusha” Rönnquist and has transitioned from sniping into a rifling position.

In a heartfelt Twitlonger, Jackinho expressed how excited he was to join Fnatic. He reflected on his memories as a young player filled with inspiration while watching a Fnatic vs. Ninjas in Pyjamas years ago.

“It is hard to put into words what it means to me to represent Fnatic,” Jackinho said. “Playing for Fnatic was always my dream, and I remember back in 2015 when I was watching Fnatic vs. NiP and thought for myself that this is where I want to be and this is what I want to do.”

Now, he’s coming to terms with the fact that he’s “achieved one of [his] biggest dreams” and moving away from the grind-it-out lifestyle and low income that comes with playing CS:GO in the minor leagues.