How do Fnatic's appearances at Worlds over the years stack up?

How do Fnatic’s appearances at Worlds over the years stack up? 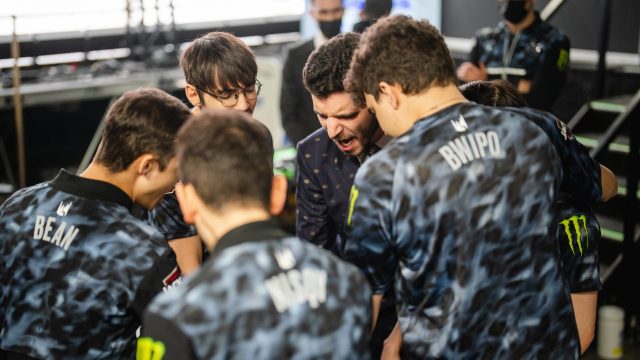 Provided by Riot Games FNC have a long history competing at the World Championship; how do their runs stack up with each other?

Fnatic are officially knocked out of the 2021 League of Legends World Championship after a valiant effort in the second half of the group stage. Despite unforeseen circumstances beyond anyone’s control and a rough start to the main event, the European second seed managed to end their run with a win against Royal Never Give Up and a dangerously close elimination match against Hanwha Life Esports.

While this Worlds didn’t go how Fnatic would’ve hoped, is it really the organization’s worst run ever at the event? Upcomer’s staff decided to take a short trip down memory lane and see how all of Fnatic’s Worlds runs of the past stack up against each other.

“Bu-but Fnatic lost to Invictus Gaming 3-0 in the finals…!” I know some might say. While Fnatic won it in 2011, the competition was nowhere near as stacked or developed as in 2018. In general, 2018 was a stellar year for them.

Fnatic won Back-to-back European League of Legends Championship Series champions, made top four at MSI 2018, finished first in Group D by defeating eventual champions IG in a tiebreaker and finally making their playoffs run to the final by sweeping Edward Gaming and Cloud9 aside. All this and integrating then-rookie top laner Gabriël “Bwipo” Rau into their ranks made for a memorable year and one that fans hope to see again, except with Fnatic winning it all of course.

Like 2018, 2015 was another spectacular year for the team clad in black and orange. It will always be a special year for fans too, since 2015 heralded the changing of the guard and Fnatic had to rebuild their team from the ground up. And what a team it was, with the record-breaking 18-0 perfect summer regular season.

Coming into Worlds, Fnatic were rightly feared. Drawn into Group B, they finished first at 4-2 and secured Knockouts. They defeated Edward Gaming 3-0 before eventually falling to SK Telecom T1 3-0 in a valiant attempt. This would be the last time fans got to see this iconic iteration of Fnatic as well.

A lot of people who’ve never watched the 2011 World Championship (then known as the “Season One Championship”) will be screaming that this should be No. 1 because Fnatic won it all. And while you can make that argument, the world championship evolved rapidly following its first iteration.

No South Korean or Chinese teams were at the 2011 event to stop Fnatic like in proceeding tournaments. Still, a championship is a championship, and the Fnatic originals deserve recognition for the trail they blazed for orange and black squads for a decade to come. Maciej “Shushei” Ratuszniak should never be forgotten, as with the rest of the Fnatic team that won the 2011 tournament held in Phreak’s basement.

Back when teams got byes into the knockout rounds and the group stage had eight games, Fnatic were a supernova, going 7-1 in the initial phase. After terrorizing their group, which contained the likes of Gambit Gaming and a struggling Samsung Ozone, they had a marquee quarterfinal with North America’s Cloud9.

C9 were the undisputed kings of NA and maybe the team with the most hype behind them aside from SK Telecom T1 due to their stranglehold on the region. Well, Fnatic took that apple pie of grand expectations and smashed it, defeating C9 in the quarterfinals and humbling their Western rivals.

Though a young kid named Jian “Uzi” Zi-Hao came to eliminate Fnatic in the next round, Fnatic’s win over C9 set a tone of European supremacy that still stands to this day.

After qualifying for the main event through play-ins with relative ease, FNC’s start to Worlds 2017 was similar to their start in 2021. The European third seed began 0-3 against Longzhu Gaming, GIGABYTE Marines and Immortals, then turned it around to barely qualify in the second round-robin.

Despite the hype and suspense surrounding their bracket stage berth, Fnatic fell to Royal Never Give Up in the quarterfinals 3-1. This was the match that ended with the iconic scene of a devastated Martin “Rekkles” Larsen crying on stage alone.

Coming into the world championship as Europe’s second seed, Fnatic found themselves in a group with TSM, LGD Esports, and Gen.G. Contrary to the established “Fnatic first week” meme, the team actually emerged from the first round robin with a 2-1 score, and repeated that score in the second half.

Fnatic advanced as the second seed of Group C, and was drawn to face TOP Esports — the first seed from the League of Legends Pro League who had topped Group D. With bot duo Rekkles and Zdravets “Hylissang” Iliev Galabov playing on a career high Fnatic managed to go up 2-0 in the series, but was reverse-swept and eliminated in a crushing defeat.

Fnatic had barely missed out on winning the League of Legends European Championship summer split when they were dropped in Group B together with SK Telecom T1, RNG, and Clutch Gaming. The squad struggled in the first games and only managed to emerge victorious against Clutch Gaming. But in the second half of the double round-robin, Fnatic rose up to punch back with a mighty 3-0 blow. Unfortunately for Fnatic, they were drawn to face eventual tournament winners FunPlus Phoenix in the quarterfinals, and could not get further than a 3-1 defeat.

Fnatic tanked an incredibly hard blow before the tournament even started. Star bot laner Elias “Upset” Lipp had to return home for a family emergency just 12 hours before the team would play its first game on-stage, and Fnatic had to sub in rookie Louis “Bean” Schmitz. Though Bean performed well, the synergy in Fnatic was off. The otherwise happy faces on Fnatic turned stern quickly as the team went 0-3. Impressively, the team bounced back and did get a win off RNG in the second round robin, but ultimately had their hopes crushed by the hands of Hanwha Life mid laner Jeong “Chovy” Ji-hoon in a nailbiter game.

This was the only year that Europe failed to get a team out of the group stage and Enrique “xPeke” Cedeño Martínez’ last year with Fnatic. Despite being a young rookie, Rekkles had the third-highest Kills/Deaths/Assists ratio  among all bot laners at the tournament with 5.6. Fnatic ultimately failed to advance from a stacked group with Samsung Galaxy Blue and Oh My God, two powerhouses from South Korea and China.