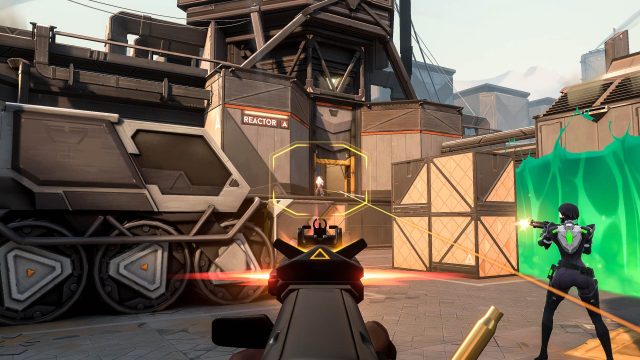 The Florida Mayhem have announced changes to their non-player staff and the letting go of all three western players going into stage 2. The team has announced they are going for an all-Korean organization instead. While many expected the team to make adjustments following their stage 1 performance, fans are disappointed to see some legendary Overwatch talent leave the organization. I spoke to Damon “Apply” Conti to find out how the process went and what his aspirations are for the future.

Vytis “Mineral” Lasaitis and Youngsu “Yeah” Jung mutually agreed to part ways with the organization. Mineral had been with Mayhem since the team’s inception. Apologizing for Mayhem’s shortcomings in a series of tweets, he announced a possible transition to content creation while remaining open to other opportunities in the industry.

After discussing the direction of the franchise with @FLMayhem we mutually agreed that the organization's new vision would be best executed with Korean leadership at the helm, and we'll be parting ways. Thank you @FLMayhem for the opportunity and the memories (1/2)

Damon “Apply” Conti, Caleb “McGravy” McGarvey, and Kevin “TviQ” Lindström also announced parting ways with the team. All three announced their intentions to join new teams, but they also renewed commitments to their respective streams. TviQ is one of the most seasoned players in Overwatch, having played professionally since the game’s release on many top-tier teams, famous for his superb projectile DPS.

As Mayhem have decided to go this way i will be looking for a new place to call my team and hopefully ill be show everyone what i really can do and meanwhile ill just be streaming more : ) https://t.co/lq0yxJRQXp

McGravy was one of the newest additions to the team. Renowned as one of the best western off-tanks, he joined the team from Envy in February of this year.

As Mayhem transitions to a full Korean team, I will be taking my time to explore other options. This has not killed my drive, I got a taste of the stage and I'm ready for more. 😈 In the meantime I'll start turning on the stream a little more and answer any questions that I can. https://t.co/4Wx9aV7022

Apply joined Mayhem Academy as a 17-year-old in Contenders season 1. He signed on with Mayhem on a two-way contract once he turned 18. While we saw glimpses of his stellar DPS in stage 1, Apply still played a very respectable Brigitte so as to accommodate the GOATS meta.

Since Mayhem has chose to switch to a full Korean roster i'll be looking to explore other opportunities. This hasn't hurt my motivation to compete and in the meantime i'll be streaming a lot more. c: https://t.co/xQOwKQBtfE

An interview with Apply

After the news broke, we reached out to Apply. He provided insight into how things happened and where he looks to go following his departure from the team.

We began by asking about the process of leaving the team. Apply explained:

“We found out about a week before the changes happened. We always knew something big was coming and me along with all the western players tried to stay optimistic, but in the end, Mayhem management decided they wanted Korean players.”

Leaving a longtime organization can be an emotional experience. Fortunately, Apply’s already back on his feet.

“I’m looking into OWL opportunities now, and if those fall through or don’t work out, I wouldn’t mind going back to Academy and grinding my way back to OWL.”

We also wondered about the chances of all three of the leaving players ending up on the same team.

“I think it’s a low chance all three of us are on the same org, but that’d be awesome. I love those guys.”

Some players who left their Overwatch League teams have already gone on to have successful careers as non-player staff. Apply, however, is determined to continue to shine in a player role.

“I haven’t thought about moving to a staff role yet, not for a long time at least. I still have way too much motivation and drive to compete right now to stop. But in the future, it’s something I could potentially be interested in.”

Many players in the League have devoted fanbases who follow them throughout their careers. Apply was grateful for his fans but acknowledged that many might be devoted to Mayhem.

“I think I have a few fans that will follow me on whatever team I go to and I want to thank them. I love you guys. At the same time, Mayhem has really been my only team my whole career, so most [of] my fans come originally from Mayhem.”

Ultimately, Apply’s feelings on the situation can be summed up like this:

“I hope to be competing in OWL as fast as possible. I got the taste of playing on stage and competing at the highest level and all I want is to play again.”

Despite leaving the Mayhem, Apply remains committed, optimistic, and driven to continue to carve out his career. With experience playing well in all levels of Overwatch under his belt, he’ll undoubtedly be able to find another team to pick him and to succeed on. We wish him and the rest of the former Mayhem roster and coaching staff the best of luck in their future careers and look forward to seeing what they do next.

You can check out Mayhem’s full statement here. For more Overwatch League content, take a look at our coverage of Toronto Defiant’s roster changes.