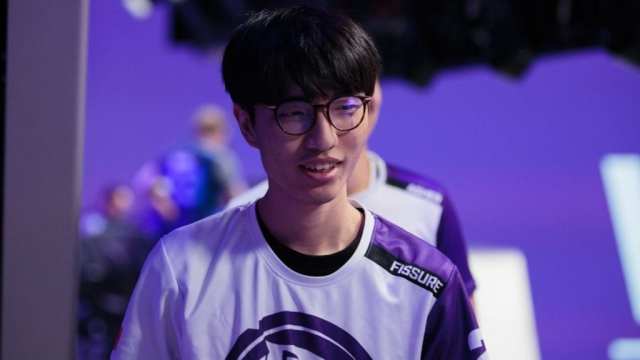 After several rumors about his future in the Overwatch League, the Seoul Dynasty is confirming that they are acquiring star tank player Baek “Fissure” Chan-hyung. Both the Dynasty and Fissure’s old team, the LA Gladiators, would confirm the news via Twitter. This is the first move of the Overwatch League offseason, but it seems we are starting off with a bang.

Fissure was actually quite unhappy on the LA Gladiators. Even though he was a huge part of their success in Stage Four, he did not wish to be on the team. Instead, it was reported that he wished to be on an all-Korean team. As a result, his commitment to the team, as well as practice with his teammates, began to suffer. Therefore, the LA Gladiators would bench their MVP candidate tank star right before the playoffs. It was a decision that not many people understood at the time, but now it all seems to make sense.

Charlie Lipsie, Director of Esports over at LA Gladiators, says that they “acquiesced to his wishes to be part of a fully Korean roster, which he can find with the Dynasty”. The Gladiators would then field substitute Luis “iRemiix” Galarza Figueroa for the playoffs. Unfortunately, they would feel the effect of Fissure’s absence immediately. Many people would agree that Fissure was the best player on the team, and was even an MVP candidate for the season. They would lose to the eventual Overwatch League Season One champs, London Spitfire.

The Loss of a Star

The loss of Fissure will be huge for the Gladiators. Like it was said before, Fissure was the biggest reason why LA found so much success in Stage Four. His flexibility as a player has now left the team, and so there will be so much strain put on the remaining members. For example, Canadian superstar DPS Lane “Surefour” Roberts will not have Fissure to help alleviate any pressure he may need to deal with in-game. Their lineup also does not look too convincing without Fissure in the lineup, and iRemiix cannot be a permanent solution. We will have to see if the Gladiators stick with Figueroa as main tank, or if they search for a new tank player in free agency.

For Seoul Dynasty fans, this is the best news you could have heard before bed. The Dynasty were in desperate need of a good main tank player and they managed to sign one of the best players in the league. They are now building around their shotcaller and star support Ryu “Ryujehong” Je-hong, as well as their rising star DPS Kim “Fleta” Byung-sun. Giving these two players one of the best tanks in the game should help take away some pressure from the rest of the team. Also, Fissure is now playing with a full Korean squad, which should do wonders for his morale and happiness. It is a fresh start for both parties, with Seoul Dynasty refreshing their lineup, and also replacing their coaching staff. Maybe with this blank slate, they can write a better story for their themselves in season two.

What do you think of Fissure joining Seoul Dynasty? Let us know your thoughts in the comments below! If you want more Overwatch content, check us out here!