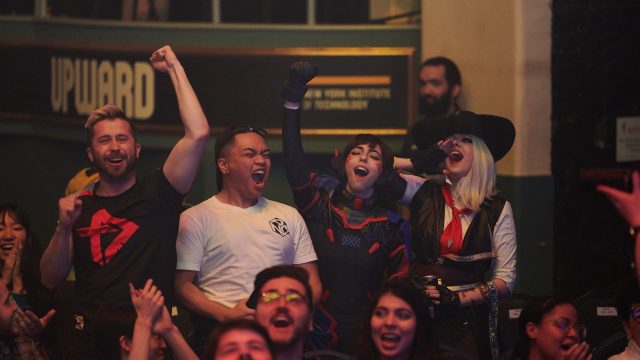 According to a report from Seeking Alpha, interest in Apex Legends has dropped severely, and they call the game “wildly overvalued.” Since its meteoric rise in February, the numbers for Apex Legends have been steadily declining across the board, much to the chagrin of publisher EA. In player count and viewership on Twitch, it’s clear the once promising battle royale needs a massive kickstart.

Seeking Alpha is a financial analysis website that deals mainly with the stock market. They go around and gather research on which stocks are on the rise and which ones are dropping.

In a report from April 22, they outlined how the once mighty Apex Legends declined rapidly. From analyzing Twitch numbers and Google Trends, they came to the conclusion that Apex Legends dropped 75 percent in these categories.

This severe decline in popularity can be attributed to one main factor: lack of content. While Respawn Entertainment did release a Season 1 Battle Pass, the rewards were underwhelming, to say the least. Met with backlash from the community, this Battle Pass received no further tweaks.

Along with this, Respawn has not released any additional content with the Battle Pass. There have been tiny updates to the Item Shop here and there, but the pricing model is massively unfair.

Although, another large factor in this decline is how Apex garnered popularity in the first place. Respawn paid millions of dollars to streamers to play the game, allowing for the community to hop on the hype train. This type of traffic is good short-term, but there needs to be more planned for the long term.

The future for EA and Apex Legends

All of this combined is what led Seeking Alpha to say Apex Legends is “wildly overvalued.” When they use this term, they are talking in strictly financial terms. With the huge popularity Apex received upon its release, EA’s stock increased with it. Many saw the potential for this game and wanted to get in on the ground floor.

However, now with this report and the dropping numbers, it seems as though Apex Legends has reached and passed its peak. There are of course more opportunities for EA and Respawn to turn the ship around. But with Fortnite gaining in popularity again and the player base decreasing by the day, there’s not a lot of time left.

If Apex Legends wants to stay relevant and keep EA afloat financially, there needs to be a massive overhaul. Otherwise, stockholders will pull out, and there’s no telling what that means for the future of EA.

What do you think of the current state of Apex Legends? Let us know in the comments below. Stay up to date with everything Apex Legends here at Daily Esports.