Arcane will reveal more about how these two characters met 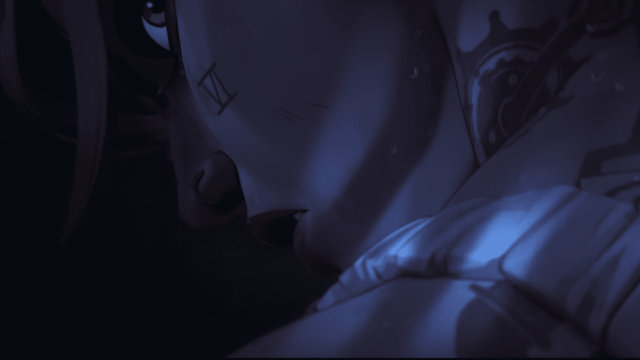 The newest (and final) trailer for Riot Game’s upcoming Netflix series, “Arcane,” dropped on Sunday during the 2021 League of Legends World Championship semifinals between Edward Gaming and Gen.G. Ahead of the show’s Nov. 6 launch, this trailer gave fans a closer look at the relationship between Vi and Caitlyn, as well as some insight into how the pair  first met.

Piltover’s finest crime stoppers have been a known duo according to the characters’ respective lore entries. To this day, however, not much else is known about the dynamic between the two, how their relationship formed or even how the two got into the law enforcement business.

In the trailer, Caitlyn is heard saying “I need to speak with one of the inmates.” Soon after, the frame cuts to a frustrated and locked up Vi worrying about finding her sister “Powder,” the character League fans know today as Jinx, when Caitlyn approaches her to speak with her.

Longtime fans of League of Legends lore have often viewed Vi and Caitlyn as a romantic pairing. While Riot has yet to confirm or deny this fan-ship, “Arcane” is expected to reveal the long-awaited answer to this question during the show’s run as it dives into the two champions’ backgrounds.

Riot has publicly revealed LGBTQIA+ characters in the past. In 2017, Varus’s lore revealed him as the first official queer storyline in League of Legends. Neeko was the first-ever canonically lesbian champion; more recently, Diana and Leona were revealed to be romantically involved after years of fan speculation.

“Arcane,” which launches exclusively on Netflix after the Worlds 2021 finals on Nov. 6, will take a deep dive into the character arcs of champions like Jinx, Vi, Caitlyn, Jayce and more. The show will be released in three separate acts in accordance to the following launch schedule:

After today’s semifinal match, the last remaining series of Worlds 2021 will take place in the grand finals on Nov. 6.