What is the FIFA eNations Cup? Here is everything you need to know

What is the FIFA eNations Cup? Here is everything you need to know 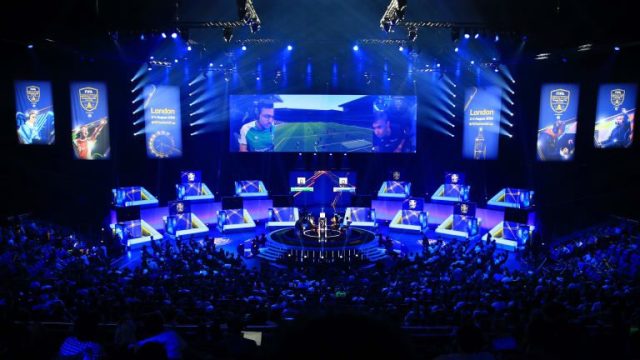 With the ePremier League concluding as a resounding success, it’s time for the planet’s best to go head to head in FIFA’s latest esports competition, eNations Cup. For the first time ever, 20 different teams from all over the world will compete against each other to decide which nation is the best before heading into the FIFA eWorld Cup. The 20 different teams will be made up of all of FIFA’s confederations, the CONCAF, CAF, OFC, AFC, CONMEBOL, and of course UEFA.

Representing the Three Lions will be Donovan “F2Tekkz” Hunt, one of those who won the ePremier League and currently the best in the world on Xbox One. On the PS4 side of the tournament, young Tom “FUTWIZTom” Leese has qualified to play alongside Donovan to try and give England the best chances.

How did nations qualify and how does the competition work?

Each nation held their own qualification process. Individual countries hosted tournaments for all passionate and confident FIFA 19 players with the winners of each platform going on to represent their nation at the eNations Cup.

Participating players will compete over two days, April 13 – 14, and will face each other in individual and co-op matches on both platforms during the group stage. The top two countries in each of the four groups will go on to compete in the knockout stages.

What’s up for grabs?

The tournament is very high-profile. FIFA Global Series Points are what is awarded to those that fare the greatest in the eNations Cup, which is arguably the most important prize to those wanting to go on to more glory.

The full breakdown of prizes is below:

Another important question is about just who is competing.The full breakdown of teams per each group is below; the group of death understandably is group D. With various players of very close ability, that group will definitely be the one to watch.

Those are all the major details currently available for the eNations Cup. It’s unclear whether it will be covered by major broadcasters but will likely be livestreamed on Twitch like all esports tournaments. In any case, we will be covering the tournament ourselves, so you won’t miss out on the action.