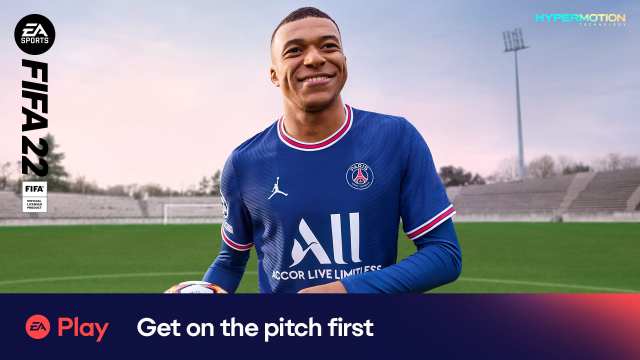 EA Sports has revealed a teaser full of gameplay changes for the highly anticipated FIFA 22 with Kylian Mbappé announced as the cover player earlier this week. The game launches on October 1 for PlayStation 4 and 5 as well as the Xbox Series, Xbox one and Stadia. In FIFA 22, EA has chosen to improve on the overall state of the game with some gameplay experience revamp.

The reveal featured FIFA 22 with next-gen HyperMotion Technology, making every match more realistic for players. FIFA 22’s HyperMotion tech is, however, limited to next-generation consoles and Stadia. This technology enabled the integration of the first-ever capture of 22 football professionals playing at a high level. It will change how players move on and off the ball and present a closer replication of the players’ real-life movements.

FIFA 22 features deeper player intelligence driven by the power of the next-gen consoles. This gives individuals a better understanding of attacking and defensive formation as well as movements. Players will get to experience a new level of tactical realism in FIFA 22. When in attack, the AI has the ability to make up to six times more decisions per second. This then allows for smarter runs in build-up play and quicker reactions when they lose the ball. Moreover, FIFA 22 comes with a rewritten defensive AI. It allows teams to act as a tactical unit, keeping their shape when moving across the pitch and cover empty spaces.

FIFA 22 also features a flow machine learning algorithm that writes new animations in real-time. This will enable players to better adjust their stride and running cadence on approach to the ball to control or strike it more smoothly. This technology comes from learning from more than 8.7 million frames from Advanced 11 v11 Match Capture.

According to EA, Xsens suites record every touch, tackle, sprint and duel from all 22 players playing at high intensity for the first time ever. This will capture data that powers over 4000 new animations in FIFA 22 to raise the footballing intensity, responsiveness, and physicality of every player in the game.

Furthermore, FIFA 22 features enhanced kinetic air battles where two players fight to head a ball against a goalkeeper. There will also be composed ball control from players as well as player humanization powered by the Advanced 11 vs 11 Match Capture.

Asides from these changes, players can expect to see a difference in the FIFA 22 Career Mode and Pro Clubs. FIFA 22 gives players a revamped Career Mode experience allowing them to progress  and achieve their goals and immerse themselves in their professional journey. For Pro Clubs, a new growth system is available that allows players to control their own pro’s development. Additionally, EA will release all other details of the changes in these game modes soon.

Players can now preorder the FIFA 22 Ultimate Edition to get an untradeable FUT Heroes card and many more perks.