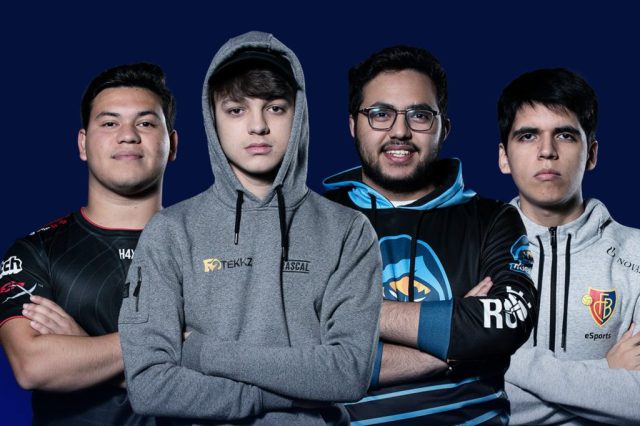 The latest FIFA esports tournament has hit the ground running in Manchester this weekend. Adding to the already varied FIFA esports calendar comes the first ever FIFA 19 UEFA eChampions League. The Victoria Warehouse, a staple to any local Mancunian, is hosting the event.

Like in other FIFA competitions, players from around the world have been competing online in knockout stages to be able to qualify for the in-person group stages being held from April 26 to April 27. A total 64 players have made the journey to the rainy north of England to show if they’re the very best, with only eight players going on to the eChampions League final hosted in Madrid on May 31.

The grand prize for the tournament is only $100,000, a small amount in esports terms. It’s likely though that, as this individual tournament becomes more and more popular in the FIFA esports scene, the prize pool will grow and the number of players looking to compete will grow too.

With FIFA esports growing every day, the sky really is the limit. The first ever ePremier League concluded earlier in the year with Liverpool taking home the title, something they are now seeking to do on the real pitch too. It’s unclear whether the Football Association will continue the ePremier League, however. It was well received, but England’s top flight is always reluctant to support new ventures.

Similarly, this year we have seen the birth of the FIFA eNations Cup. The first of its kind in the world, this tournament brought over 20 nations together in London to decide which of them could call itself the greatest at FIFA. The tournament was livestreamed on Twitch and YouTube and was watched by thousands of fans. These tournaments will only grow as FIFA esports grows around the world. The esports world is full of games such as Formula One, Overwatch, and League of Legends, but FIFA is really starting to make an impact.