Fear The Wolves: Yet another Fortnite challenger? - Upcomer

Fear The Wolves: Yet another Fortnite challenger? 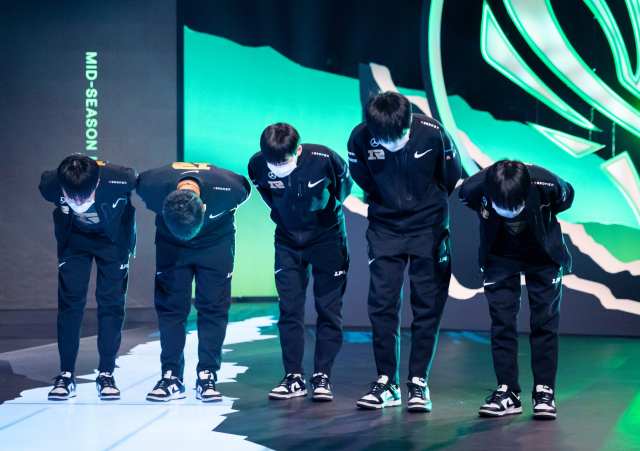 A somewhat common discussion among gamers when first playing games such as Fortnite is to reference titles which came before it. The blockbuster battle royale certainly draws inspiration from games past. One such influence is likely the STALKER series of games. This cult classic franchise is set in a somewhat similar setting – survive environmental and enemy challenges. With STALKER, the setting is a second nuclear disaster on Chernobyl which has mutated the wildlife beyond repair. It also presents a multitude of weather and natural obstacles in addition. Coming in 2019, the boys from STALKER appear to be ready to join the BR scene: Enter Fear The Wolves.

What is Fear The Wolves?

Fear The Wolves draws heavily from the STALKER series, which could offer a lot to the BR scene. Chernobyl offers many new and exciting pitfalls to players trying to escape the danger zone. Unlike previous titles where there was a split between single and multiplayer gaming, Wolves is online-only.  Set in a 25 square kilometer map which supports up to 100 players, developers Vostok Games are intent on recreating their previous games on a massive level. An interesting twist is the fact that the player does not win simply by being the last man standing. After eliminating your opponents, you must reach the extraction point and escape by helicopter. However, the world of Chernobyl will not make that easy.

There are many elements to this upcoming battle royale which make it enticing. In addition to the traditional player-vs-player combat, your human enemies aren’t the only things out to get you. The nuclear catastrophe has corrupted every form of life in its vicinity. This means that mutants, ranging from shambling zombies to packs of ravenous irradiated wolves, will be trying to wreck your day. Vostok assures fans of the series that there are many more surprises in store as well. This not only presents additional ways to be eliminated, but also a greater urgency on ammo conservation. Supplies won’t be abundant in Fear The Wolves and putting too many bullets in the wildlife may not leave you with enough for your opponents.

… and a hazardous environment too!

Much like many post-apocalyptic wastelands before it, Chernobyl isn’t very hospitable. In addition to the mutants, players must also contend with rapidly – and randomly – spreading radiation. The radiation grows in intensity as it fills different zones on the map. However, unlike Fortnite or PUBG, the radiation zone is not an entirely unstoppable force. Players will be able to use tactics and certain items to deal with it. Radiation gear and gas masks, which are sparsely littered across the map, can assist in navigating the withering wasteland. The progression of radiation also presents an untold number of traps and phenomena. The highest level of radiation in a zone spells certain death for gamers unless they have the very best equipment.

Sticking with a tried-and-true formula present in many other FPS titles, Fear The Wolves is fair in its combat. This means that, unlike other titles which add a degree of chance to aiming, it’s straight-forward. Aiming a gun and shooting will result in a bullet going exactly where it’s supposed to. In contrast, weapon recoil serves as the main wildcard in this game. However, players can adapt to this mechanic in time and learn to work with it to serve their needs. In their own words: “If you are the better shooter, have the jump on your opponent, or are otherwise at an advantage that you can control, you are more likely to win the fight in Fear the Wolves.”

This makes gameplay simple, harsh and straightforward – much like the game itself. Shoot well, plan well or both.

What are the spec requirements?

For gamers with older computers, fear not. Fear The Wolves has a rather large range regarding hardware requirements and is rather forgiving. Despite this, the game looks excellent, a nod to the developers’ skills at optimization. Here’s where your computer should be at to enjoy this nuclear playground:

A very important aspect of any video game is making it as accessible as possible. This simple development philosophy would play a big part in the success of titles such as World of Warcraft and, yes, Fortnite. Fear The Wolves shares this philosophy and should run just fine on most modern computers.

Where and when to join the Wasteland

While the official release is set to be in 2019, Vostok is offering a Steam early access starting July 18, 2018. They hope to use this to balance the various weapons and PvE content, while also testing and developing new aspects which are yet to be announced. The first early access version promises to deliver the core elements of the game, as well as delighting fans of the franchise with the same gritty vibe that hooked them before. In addition to this, Fear The Wolves teases with upcoming features. This includes an entirely new map and game mode, more mutants and weapons and new mechanics – such as crawling and taking cover. Players who take part in early access are encouraged to offer what feedback they can, helping Vostok Games tweak and hone the ultimate STALKER-battle royale hybrid. With so many different challenges for players, it will be interesting to see the impact Fear The Wolves will have on the BR genre. Will its unique style and gameplay stagger, if not topple, the reigning king that is Fortnite?

What do you think of Fear the Wolves? Let us know your thoughts in the comments below! For more gaming news, check us out here!