Fans review and theorize the biggest questions from Arcane Act 1

Fans review and theorize the biggest questions from ‘Arcane’ Act 1

Are you Team Vi or Team Jinx? Are Jayce and Viktor in the right versus Heimerdinger? Fans answer these burning questions and more. 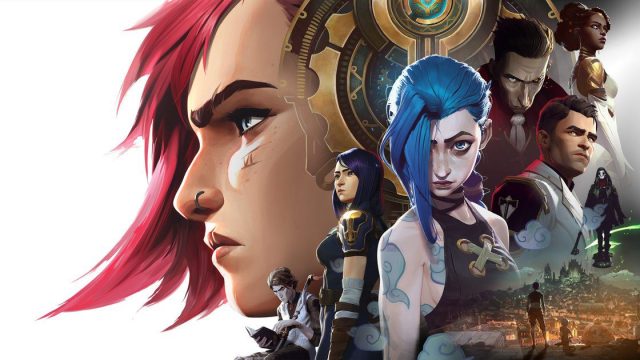 Riot Games "Arcane" has been a smash hit internationally for Riot Games and Netflix.

The animated show reached new heights on Monday, eclipsing global phenomenon Squid Game to take the No. 1 spot on the international Netflix charts, with “Arcane” topping the rankings in 38 countries.

And as fans gear up for Act 2 dropping in the early hours of Nov. 13, we reached out to check the pulse of the viewers following the show’s opening chapter.

Over 4,500 participants filled out our public survey.

Without further ado, here’s what the fans are thinking (and theorizing) following the smash hit that was Act 1 for “Arcane.”

To be honest, I knew that the rating would be high following the social media reception and critic reviews, but I didn’t think it would be this high.

Whenever you put public surveys out there into the wilderness of the internet, you expect there to be some trolls who just want to see the world burn.

Amazingly, of the 4,500-plus people who took part in this census, only eight of them rated Act 1 below a three. Nearly 80% of the voters gave the show’s first act a perfect score. If “Arcane” can keep up with these numbers as the weeks progress, Riot Games and Netflix might have an all-time classic on their hands.

2. What was the best episode from Act 1?

Episode 3 – The Base Violence Necessary for Change: 83.2%

Well, no surprises here, as the climax of Act 1 ran away with competition for best episode.

After the buildup from the first two episodes, the emotional payoff comes in full when we see the beginnings of how wayward Powder becomes the antagonistic known as Jinx.

3. Who was your favorite character in Act 1?

In any show with an ensemble cast, fans will be divided on who their favorite is. While Zaun’s gruff-but-lovable adoptive dad stands as No. 1 in the poll, almost every central character had a strong support group in the census. Viktor, Heimerdinger’s assistant aspiring for a greater humanity, topped all Piltover characters at 11.6%.

But the real winner here is the goggles-wearing Claggor, whose pocket sand fighting technique and bruiser antics found him a mob of fans propping him up as their newfound overlord.

4. Did Arcane make you want to play League of Legends?

Do you hear that?

That’s the developers at Riot Games cackling, readying up a series of “Arcane” skin sets in the coming months that will dry out the wallets of new and old League of Legends fans alike.

After the first round of episodes, the community is rocking with the underground and its devil-may-care rule set. We’ll see if things change in Act 2 as we see Caitlyn take more of a center stage as a main character following brief snippets of her in the first trio of episodes.

6. Do you blame Powder for what happened at the end of episode 3?

It’s impossible to talk about “Arcane” Act 1 without bringing up the elephant-sized-exploding monkey in the room at the end of the third episode. Vi tells Powder to stay at home while she, Mylo and Claggor go on a rescue mission to save their adoptive father Vander from the clutches of Silco in his evil scientific lair. Powder, mocked and treated as inferior throughout the opening episodes, decided she wanted to make a positive difference for once and went to help.

Yet, right as Mylo frees Vander from his chains and it seems like the family will make it out in one piece, Powder’s magic-infused monkey literally blows up everything they had worked for seconds prior. Mylo is dead. Claggor is dead. Vander is presumed to be dead or captured. Vi, the only survivor, is whisked away by Piltover enforcer Marcus following an emotional outburst dictated towards her younger sister. Powder left alone, is beside herself, falling into the open arms of Silco and his band of crazed revolutionaries to begin her descent into becoming Jinx.

And while Powder did technically ruin everything, the fans are sticking by her in the census. 66.7% of the voters don’t blame Powder for the destruction she caused, giving her the benefit of the doubt that her intentions were pure and she didn’t know the atrocities that could happen by using the magical crystal she found in Jayce’s apartment.

We’ll see if the fans continue to have her back as the series continues as a time skip awaits us in Act 2.

7. Are you on Heimerdinger’s side or Jayce and Viktor’s after Act 1?

Jayce and Viktor are right. They have the tools to create a better tomorrow for the world: 75.7%

Heimerdinger is right. He knows better that science shouldn’t mix with magic: 24.3%

Sure, Heimerdinger is regarded as one of the world’s most outstanding scientists with over 300 years of life experience to draw from on why science and magic shouldn’t mix.

But did you see Jayce and Viktor sneaking around together and floating around in the sky as best friends? The future is now, old man. Let dreamers dream and bring forth a better life for all.

No one should stand in front of glorious evolution.

8. Is Vander going to become Warwick?

The most popular theory stemming from Act 1 is whether Vander will become Warwick from the League of Legends games. And while we’ve already done our own analysis on if it’s going to happen, the fans are in agreement that we’ll be seeing Vander-turned-wolfman sometime in the future episodes.

For the almost 4% of you who don’t even know who Warwick is, I wish you well on your journey to somehow avoid spoilers from the game in the coming weeks.

9. Which Piltover or Zaun champion do you want to see most in upcoming Acts?

Looking ahead, there are a slew of Piltover and Zaun champions still unaccounted for in “Arcane,” and it’ll be intriguing to see if any of them will show up in coming episodes.

Though we had a brief cameo of Singed as Silco’s assistant, fans want to see him become the fully-fledged sludge slinger people know him by in the games. At the top, though, Camille, the lady with knives as legs, is our front runner for who the fans want to see in the show. When one of your main characters has gigantic steel boxing gloves and is renowned for throwing hands, it feels like nothing would be more fun than seeing Vi go one-on-one with a champion who uses her legs to do all her damage.

The viewers want to see them fight, Riot and Netflix. The question now is if we’re going to get it in the remaining six episodes.