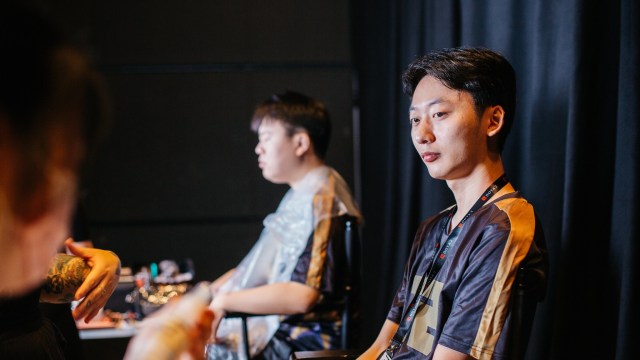 During the Sunday night broadcast of the International 11 group stages, RNG forfeited their second match against PSG.LGD. After the end of the first game, it was clear that RNG’s Midlaner Lu “Somnus丶M” Yao was incredibly sick and unable to play. According to sources, RNG informed Valve staff last night that they had come into contact with PSG.LGD’s manager, Pan “Fei” Fei, who had contracted COVID-19 the night before. RNG players were tested for COVID-19 that night and were confirmed negative. Somnus丶M was sick in the morning but wanted to play. However, after game one, he was too unwell to continue playing and RNG chose to forfeit the match.

Later in the day, a Weibo post from RNG’s official account stated that Somnus丶M was sent to the hospital. However, a few hours later he was back to play for RNG in a quarantined room away from the rest of his teammates. These are the best reactions from the rest of the Dota community regarding RNG’s horrible circumstances.

Caster Niklas “Wagamama” Högström made his feelings clear when he heard the news of RNG’s issues. He felt that RNG was the team with the best form in the group stages so far and to have external factors come in the way of their success was hard to watch.

Somnus in hospital positive for Covid is so damn sad, they have so far looked like the strongest team in their group to me… I hope he has a miraculous recovery, but this is tragic to hear.

What made the situation all the more difficult was that fans and analysts felt that Somnus丶M was playing incredibly well for RNG. The team was at the top of the standings at the end of the second day with a 9-1 map record. However, at the end of the third day, they fell to the fourth spot in the standings, putting them at risk of falling to the lower bracket of the main event.

Despite the COVID-19 incident, Somnus丶M continued to play the rest of the games that RNG had for the day. When he returned, fans compared to Michael Jordan’s flu game, battling sickness in order to compete with his teammates at the largest tournament of the year.

Somnus is back! #Dota2 #TI11 pic.twitter.com/RnJxVTu8Cn

RNG has been put in a tough spot with their recent losses in the group stage. The Chinese hopefuls have performed well throughout the year, getting a first-place finish in the most recent Dota Pro Circuit: China tour. They now face challenges outside of the game that will truly test them on the final day of group stages. In order to see if RNG will make it to the upper bracket, tune in to the International 11 broadcast at the PGL Dota 2 channel on Twitch.