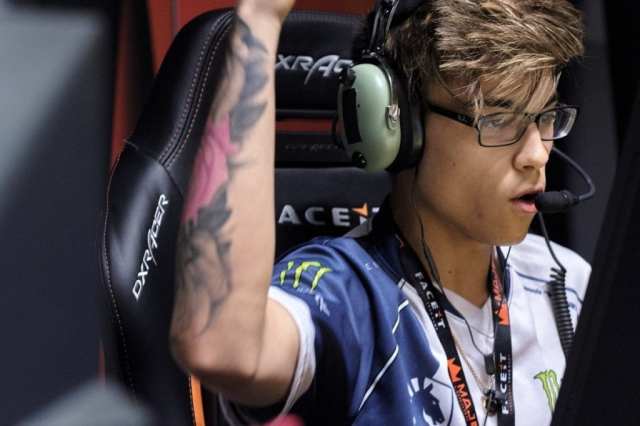 After a few days break, the action is back on at the FACEIT London Major. This time, the best teams in the world are squaring off in the New Legends stage. However, there have been multiple surprises all on day one, with many unexpected losses and big-time wins. In fact, only one of the Current Legends was able to win against the New Challengers. Was it was an off day for the Legends? Or is it the New Challengers’ time to shine at the London Major? Let’s look at the highlights for Day One of the New Legends stage.

Which teams surprised you, and which teams need to improve going into day two? 👇

Thanks for tuning in today, the action returns at 10AM BST tomorrow! pic.twitter.com/JRAM5YFbej

What a match to kick off the Legends Stage! 🔥 G2 close it out in double OT! @G2esports 22 – 20 @HELLRAISERSgg #FACEITMajor

In a match with haymaker after haymaker thrown, the first game of the Legends Stage was a doozy. G2 Esports came into this matchup looking like one of the weaker teams in the tournament. In fact, HLTV would place them in 20th place in the world rankings, underneath OpTic, Renegades, and HellRaisers. On the other hand, HellRaisers were looking pretty decent throughout the Challenger stage. They would defeat North, OpTic Gaming and Gambit Gaming in order to move on to the Legends stage.

However, it was G2 who would come out swinging in the first half of Dust2. They were looking very calm and coordinated throughout their CT side and would push for a 9-5 lead at the half. HellRaisers would come back in the second half, led by a great performance by fragging duo Issa “ISSAA” Murad and Özgür “woxic” Eker. Both teams would trade rounds back and forth, until G2 Esports’ Richard ‘shox‘ Papillon would barely miss a 1v3 to seal the game. The match would need two overtimes, but ultimately, G2 Esports would come out on top. Shox would finish with an impressive 42 kills to lead the server.

The match to watch for the first round was definitely Astralis vs. Natus Vincere. Both teams are in contention for the top spot in the world, and both are big favorites to get to the London Major Finals. They would not disappoint viewers, as they were given Inferno as their battleground. Each team would go on runs to keep the score close, with great calls from either side. Na’Vi would string a nice few rounds with some help from Egor “flamie” Vasilyev, and finally reach the half with a one-round lead.

However, the Danish powerhouse would push back in the second half. With some great team wins, they would carve themselves at 13-9 lead. Suddenly, the CIS superteam would storm right back to tie the game after tightening their defense. Fortunately for Astralis fans, the Danish side would find success on two consecutive A takes, and would eventually win the match. Na’Vi’s Ioann “Edward” Sukhariev just could not find any success at all, going 6-21 for the game.

Great work from @ANDROIDX23 👏 coL are running away with this! @FNATIC 2 – 9 @compLexity #FACEITMajor

compLexity Gaming is going into the 1-0 pool after an impressive win over Fnatic on Inferno. After going down early in the match, compLexity would turn up the heat in the fourth round and onward. They would only drop two round afterward, absolutely dominating one of Europe’s best teams. compLexity’s Bradley “ANDROID” Fodor would actually take a triple kill and a quadra kill in consecutive rounds. Meanwhile, no one on Fnatic’s side could muster up any momentum. None of the Fnatic players would have a positive plus/minus, with each player having at least 17 deaths.

The defending Major champions are looking quite weak after their dismantling at the hands of Vega Squadron. Cloud9 just could not find anything to hold onto throughout the whole match on Mirage. Like Fnatic, there were not any players with a positive scoreline on the American team. Cloud9 mainstay Tyler “Skadoodle” Latham had an abysmal showing, going 8-17. Meanwhile, Vega Squadron was looking very relaxed and breezy as Anton “tonyblack” Kolesnikov and Dmitriy “jR” Chervak would combine for 45 kills. Vega would take the match with ease, winning the game 16-4. Cloud9’s quest to defend their title may be in jeopardy here at the London Major.

Dust2 was a playground for @smooyacs 👌

He ran rampant vs. FaZe, posting 120 ADR and a 1.93 rating! #FACEITMajor pic.twitter.com/V5dJZfZ0LA

The opening match of the London Major’s New Legends stage was an interesting one. Many people were expecting a tightly contested match between two of the top teams in the world. Instead, they were given a Dust2 beatdown, courtesy of the German wonder team. Off great performances by Owen “smooya” Butterfield and Johannes “tabseN” Wodarz, BIG would take a quick 10-5 lead at halftime. Unfortunately, FaZe Clan would not find any more success, as BIG would close off the second half by not losing a single round. BIG just seemed much more prepared than FaZe Clan, but we can maybe place the blame on early tournament jitters.

Team Liquid were determined to get our broadcast back on schedule, following this morning's double OT 💪 They breeze through Mirage! @TeamLiquid 16 – 7 @Winstrike_Team #FACEITMajor

The “American Astralis” has done it again, with an easy win over Winstrike on Mirage. Team Liquid would breeze through the first half of the match, denying every attack Winstrike had in store. They would reach halftime with a 12-3 scoreline, looking to close the game out in the next. Of course, the CIS-based team would put up a bit of a fight on their CT side. They would string together a few rounds to reach 15-7. However, Team Liquid would methodically attack Winstrike and show why they are one of the better teams at the FACEIT London Major. Liquid’s fiery trio of Russel ‘Twistzz‘ Van Dulken, Keith ‘NAF‘ Markovic and Jonathan ‘EliGE‘ Jablonowski would all have 25 kills a piece.

Ninjas in Pyjamas take down Mousesports

The Swedes take down mousesports on Mirage, and get their Legends Stage off to a perfect start 🔥@mousesports 12 – 16 @NiPGaming #FACEITMajor

One of the more balanced games of the day, Ninjas in Pyjamas found themselves on the winning side of Mirage against Mousesports. It was a pretty close affair in the first half, with both teams trading rounds here and there. NIP would find their footing and take a slight lead going into the half, 9-6. The next half would be even closer, with heroics from both sides keeping things interesting. Mousesports’ Janusz “Snax” Pogorzelski would try to keep his team in it with a brilliant 3v1, but the Swedish veterans would close the game out, 16-9. Veteran Christopher “GeT_RiGhT” Alesund would have a great game, leading NIP with 22 kills.

What. A. Comeback. 👏 Tyloo focused up and delivered on Inferno!@tyloogaming 16 – 13 @mibr #FACEITMajor

TYLOO and MIBR would provide another nailbiter of a game on Inferno, with the game coming down to the wire. MIBR would actually jump out to a big lead early, looking as dominant as ever. They would reach the half with an 11-4 score, and it would seem that another blowout was in the works. MIBR’s in-game leader, Gabriel “FalleN” Toledo would play great throughout the first half, ending with several multi kill rounds. However, the second half was a completely different story. TYLOO would storm back with authority, led by explosive fragger Kevin “xccurate” Susanto. He would actually finish the game with the most kills on his team. TYLOO would ruin MIBR’s economy with several important round wins, and they finally finished the game off with a 16-13 scoreline.

As always, here are the draws for day two of the FACEIT London Major Legends stage: