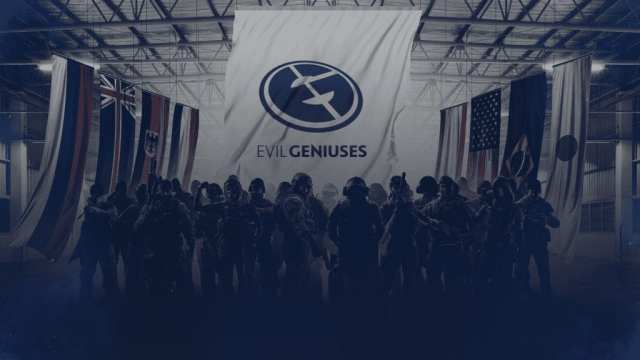 As of today, Evil Geniuses has announced a roster change in their Rainbow Six: Siege team. For the upcoming second half of the Pro League Season 8, Emilio “Geoometrics” Leynez Cuevas will join the team. As a result, longtime member Ammar “Necrox” Albanna will step down into the coaching role. This marks the first change in the player lineup ever since the organization first acquired them from Continuum. Coming into the rest of the 2018 season, the Evil Geniuses roster is as follows:

Geoometrics is a veteran that has played ever since the first year of the scene’s life cycle. He has played with teams such as Elevate, Counter Logic Gaming, and Rogue. According to team captain Canadian, the team made this decision to improve their role flexibility. They believe that Geoometrics will provide more options when it comes to their attacking rounds.

The Evil Geniuses squad has been making waves and has been considered one of the top contending teams in the game. The squad accomplished a great deal together even back when they played under the Continuum name. Back in 2017, they earned the honor of being the first Six Invitational champions. The team continued to keep their momentum going after Evil Geniuses acquired them. Many considered Evil Geniuses the top North American team going into 2018.

This change may not be as surprising as some may think. Unfortunately, the team has seen a slight dip in performance the past few months. They fell short to PENTA Sports in the Six Invitational 2018 and in the Six Major Paris 2018 in the finals. As well, Evil Geniuses failed to perform in the Pro League Season 7 playoff finals. As of now, they are ranked fourth in the North America standings in the current Season 8.

Cracks have appeared to form in the force that is Evil Geniuses. A change in roster was to be expected, but perhaps not as soon as people thought. Hopefully, this change will help the team get back into form just in time for the rest of Season 8 of the Pro League.

Read more about it in Evil Geniuses’s official statement here.