Everything you need to know about Champions 2022 playoffs

Everything you need to know about Champions 2022 playoffs

The teams, storylines, format and schedule for the upcoming playoffs 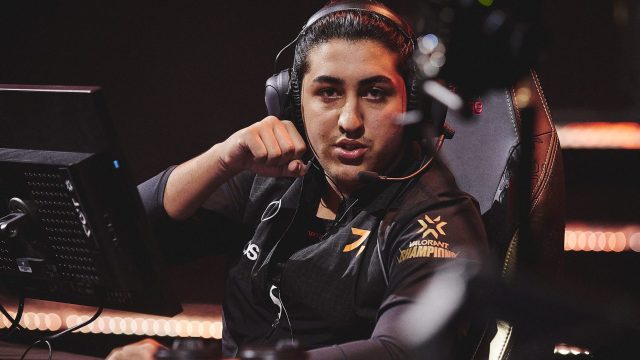 The last map of the Champions 2022 group stage has concluded, and playoffs are set to begin on Sept. 9. Of the sixteen teams that arrived in Istanbul, Turkey, only eight remain; Leviatán, OpTic Gaming, XSET, DRX, Team Liquid, LOUD, FunPlus Phoenix and Fnatic.

Up for grabs is the bulk of the $1 million in prize money and the prestige of lifting the Champions trophy. Only one team will come out of Istanbul the winner of the biggest tournament in VALORANT. That team will be determined over the next 10 days of competition.

Here’s everything you need to know about the Champions 2022 playoffs.

The opening matches for the eight teams were determined based on the seeding from the group stage.

The schedule for the opening matches is as follows:

The Champions 2022 playoffs are double elimination. All matches are best of three, except the lower bracket final and grand final, which are best of five.

All matches will be available to watch on Twitch and Youtube.

Arguably the biggest storyline heading into the Champions 2022 playoffs will be whether or not a team will become a repeat victor at a VCT Masters or Champions event for the first time. Only two contenders are fighting for that title: OpTic (winners of Masters Reykjavík) and FPX (winners of Masters Copenhagen.) Unsurprisingly, those two teams are among the favorites to win the trophy.

The hottest team coming out of the group stage is Leviatán. The Chileans looked nearly unstoppable in their matches against Liquid and Paper Rex. They didn’t drop a single map on their way to playoffs. If there’s one team that can take the first VCT trophy for South America, it’s Leviatán. Keep your eye on Fabian “Shyy” Usnayo, who was an absolute sensation in the group stage.

While OpTic, FPX and Leviatán all look like the top dogs in the playoffs, there’s a host of contending teams that could create some big upsets.

XSET already took down FPX to secure first seed. The NA team is looking to continue that streak and keep proving the haters wrong.

Fnatic is the home team thanks to Emir Ali “Alfajer” Beder. Hungry for their first big trophy and with the Turkish crowd behind them, anything is possible.

DRX is always a force in the group stage, but can the Korean powerhouse finally overcome their playoffs demons?

Team Liquid has grit and they’ve got determination. From the Last Chance Qualifiers in Europe to elimination matches in Turkey, nothing seems to faze this team.

LOUD are Brazil’s team, but they seem to fall short in the big matches. They’ll be looking to lean on their experience and poise to knock out the best the world has to offer.