Everything to know about VCA 2022 - Upcomer

Everything to know about VCA 2022

Top players from numerous countries are headed to Austria 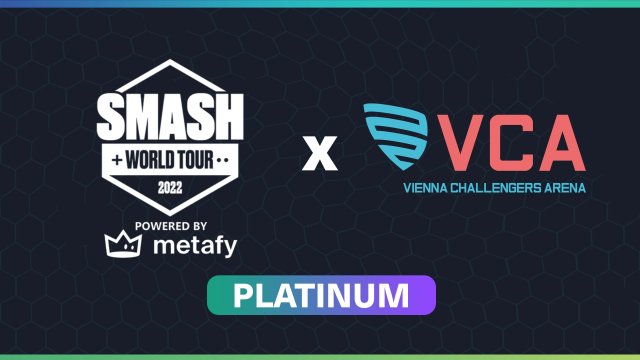 Provided by @VCAVienna via Twitter This will be the penultimate European major of the 2022 Smash World Tour.

The most high-stakes Super Smash Bros. Ultimate event of the weekend will take place in Vienna, Austria. Vienna Challengers Arena 2022 will be Europe’s final platinum event of the 2022 Smash World Tour.

As many European titans aim to secure their spots at the Smash World Tour Championships, they will have to fend off a handful of international players looking to earn more points for themselves. Here’s everything viewers should know about VCA 2022 before the event begins.

Europe’s No. 1 player, William “Glutonny” Belaid, is the favorite to win Ultimate Singles at VCA 2022. Since his disappointing 17th-place finish at e-Caribana in June, Glutonny has not placed lower than fifth at any tournament.

Despite his consistency, Glutonny has also yet to win a European major this year. To win this weekend, he’ll have to dodge upsets against the likes of James “Peli” Hunt and Oliver “Bloom4Eva” Alexander, both of whom have beaten him this year.

Despite ending only 5th i think this was my best run and best play ever and i'm happy about it !

Light outspeeded me hard tho, need to check on that for next time

VCA 2022 will also be Yuta “Abadango” Kawamura’s first tournament outside of Japan since 2GG: Kongo Saga in December of 2019. He will look to replicate his standout performance from Kagaribi 8 in July. There, Abadango beat Takuto “Kameme” Ono, Yoshidora, Naoto “ProtoBanham” Tsuji, Kengo “KEN” Suzuki and Shuto “Shuton” Moriya en route to second place.

This tournament will have broadcasts in three languages. The primary English stream will be on VGBootCamp. Meanwhile, there will be a French stream via Solary and a Spanish stream via Mystic Squad.

We got you all covered!😍

Thanks to our partners @mysticsquad_tv 🇪🇸 & @SolaryTV/@SLY_NtK 🇫🇷 we're able to provide you guys at home with a Spanish & French stream of the event.

And as always, there's also our English main stream on @VGBootCamp 🇺🇸

Make sure to tune in! pic.twitter.com/O8BiYiMpZX

Round one pools for Singles and Doubles will start at 4 a.m. ET on Saturday and run throughout the day. Doubles will conclude with top four at 11:30 a.m. Then, the bracket will resume with top 128 of Singles at 4 a.m. on Sunday. Top 16 will take place at 6:30 a.m., followed by top eight at 9 a.m.