Everything to know about the new Death Knight class in Hearthstone 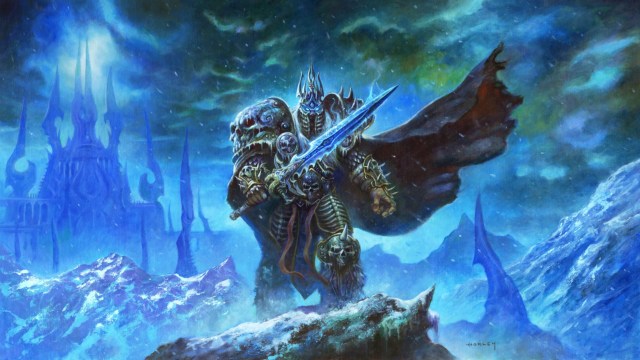 Provided by Blizzard Entertainment Arthas Menethil was a Paladin before he became the Lich King.

The new Death Knight class refers to a new type of hero for players in Hearthstone. It debuts alongside the March of the Lich King expansion.

Ghoul Charge is the Death Knight’s hero power, allowing a player to summon a 1/1 Ghoul with Charge for two mana. The Ghoul dies at the end of the player’s turn.

These Corpses can be used to power up some of a Hearthstone player’s cards such as the Corpse Explosion spell. Corpses can be left behind by minions that one plays, minions summoned with other cards and minions that get resummoned via the returning Reborn keyword.

As for keeping track of Corpses, there is a counter for them located underneath a Death Knight player’s mana bar.

While raising Corpses as minions with cards like Army of the Dead or Battlefield Necromancer, for example, those Risen minions won’t result in Corpses after their defeat. Hearthstone Game Designer Edward “Gallon” Goodwin and Hearthstone Features Lead Chadd “Celestalon” Nervig explained on Twitter.

Death Knights will commonly raise Corpses as new minions. But no double-dipping, "Risen" minions turn to dust when they die. https://t.co/dzWMVbjfii pic.twitter.com/7DcxteYjjj

How Runes work in Hearthstone

Each type of Rune also has its own specialization, with Blood Runes typically having board control effects, life total manipulation, and big minions. Meanwhile, Frost Runes involve spell synergies, mana manipulation, card draw, Freeze effects and damage. As for Unholy Runes, they can help flood the board with minions. These minions are typically of the Undead variety, which are a new minion type arriving in March of the Lich King.

The March of the Lich King launch date is Dec. 6, according to Blizzard. Until then, Hearthstone fans can look forward to a bunch of card reveals and keep track of them via the game’s online library.