There are Blood, Frost and Unholy Runes for the Death Knight class. 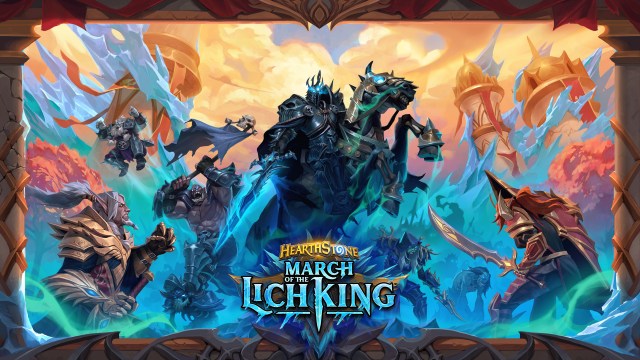 Provided by Blizzard Entertainment The March of the Lich King launch date is Dec. 6.

Hearthstone’s March of the Lich King expansion includes the new Death Knight class, mechanics, plus the Runes deck building system. Here are the details about Runes in Hearthstone.

What are Runes in Hearthstone?

Runes in Hearthstone refer to a deck building system that’s exclusive to the Death Knight class.

There are Blood, Frost, and Unholy Runes. These Runes can be seen around the mana cost area of some Death Knight cards. While Blood Runes are red, Frost Runes are the color blue. This means Unholy Runes are represented by the color green.

Hearthstone Runes in March of the Lich King decks

In this example, choosing Blood Boil also means two slots in the deck builder get filled up. The Hearthstone player can add a card with three Blood Runes like Vampiric Blood to their deck, and it will fill up the remaining slot.

If a player wants a card with two or three Frost or Unholy Runes, then there’s no space left in the remaining slot. Instead, the player can select Frost or Unholy cards with one Rune on them.

Ahead of the March of the Lich King launch date, players can try out the Death Knight deckbuilding Rune system on Blizzard’s website. The interactive preview gives players an idea of what the Rune requirements entail.

What are Rune specializations in Hearthstone March of the Lich King?

Next, Frost Runes are known for burst potential thanks to spell synergies, mana manipulation and card draw alongside Freeze effects. A few March of the Lich King cards that showcase Frost Runes include Horn of Winter, Frost Strike, and Frostwyrm’s Fury.

As for Unholy Runes, they are typically good at summoning Undead minions, flooding the board and making the most out of Corpses. Corpses refer to a new Death Knight resource mechanic, which means when a friendly minion is defeated, the Death Knight player gains a Corpse. This resource can power up other cards.

“Each friendly minion leaves a Corpse behind, including minions you play, minions you summon with other cards, minions that are resummoned through the returning Reborn keyword, and the Ghouls summoned by your hero power!” Blizzard explained in a post.

When is the Hearthstone March of the Lich King release date?

Hearthstone’s March of the Lich King expansion is scheduled to launch on Dec. 6. Until then, players can look forward to card reveals and keep track of them via the game’s official online library.