Everything to know about Lost Tech City 2022 - Upcomer

Everything to know about Lost Tech City 2022

MultiVersus accompanies Smash at a large tournament for the first time 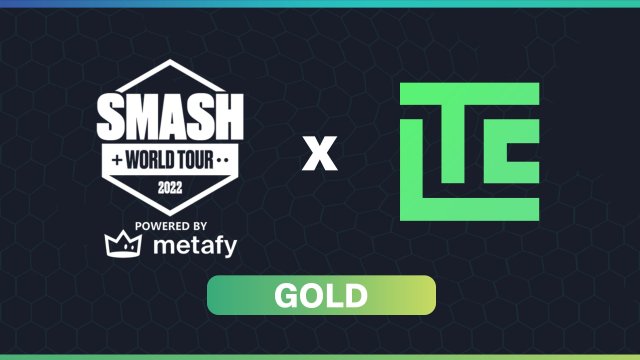 Provided by @SmashWorldTour via Twitter Not only is this a Smash World Tour gold event, but there are three qualifying spots up for grabs in both Melee and Ultimate for the Panda Cup Finale.

The LTC Esports team will host its second large-scale Super Smash Bros. tournament of the year this weekend in San Antonio, Texas. This event will contribute to both the Panda Cup and the Smash World Tour for Melee and Ultimate.

In addition, this event will be the first offline MultiVersus major since Evo, and the first offline grassroots major in the game’s history. Here’s everything platform fighter fans need to know ahead of Lost Tech City 2022 this weekend.

The Melee bracket at Lost Tech City 2022 will be incredibly top heavy. Though there are only 154 entrants overall, multiple top 10 contenders will be in attendance, including Juan “Hungrybox” DeBiedma, Justin “Plup” McGrath, Masaya “aMSa” Chikamoto and Joseph “Mang0” Marquez. This will also mark the beginning of Linus “Pipsqueak” Nordin’s second stint in the United States as part of the Melee Stats Free Agent Showcase.

In addition, this will be Justin “Wizzrobe” Hallett’s first tournament of the year with top 10 players in attendance. Though he was ranked top six in North America at the end of 2021, Wizzrobe has been largely inactive since then. His only prior Melee tournament this year was Smash Factor 9, which he won in July.

A favorite returns!@Pipsqueak_TV, the first player under the Melee Stats Free Agent Showcase, makes his comeback to North America this autumn

Catch him at Lost Tech City next weekend! pic.twitter.com/e4BY5vKCXR

Conversely, the Ultimate bracket at Lost Tech City 2022 will have fewer of the typical contenders to win majors. As a result, there are multiple players who have a chance at taking home the gold. A potential frontrunner is Salvatore “Zomba” DeSena, who has put up consistent top-four finishes at his last four out-of-region tournaments. However, Zomba has struggled up to now to make the final push to first place at a large out-of-region event.

Meanwhile, the MultiVersus bracket will feature the Evo runner-up team of DJ “RoseJ” A. and Tyler “mirrorman” Morgan. Another team with a strong chance to go far is the duo of Alex “Alex” M. and Joshua “JMafia” Rodriguez. This past weekend, Alex and JMafia took out many high-level teams en route to third place at the online Kungfu Cup.

The Lost Tech City 2022 tournament organizers have not yet shared the stream schedule for the event. However, as a Panda Cup qualifier, it is likely that at least one of the streams will be on the PandaCup Twitch channel. In addition, the TOs have shared a general schedule for the tournament.

✅Here's what the weekend schedule looks like for Lost Tech! Plan accordingly and let us know if you have any questions regarding the schedule.

Please note: The scheduling for pools won't be up until the week of the event. pic.twitter.com/0Eoz5MV2w6

The event will kick off at 7 p.m. ET on Friday with Melee Doubles, Ultimate Doubles and Ultimate Squad Strike. Melee and Ultimate Singles will begin on Saturday; Saturday also brings the 2v2 MultiVersus bracket and an Ultimate bracket for children 10 years of age or younger.

There will also be a number of side events that start on Saturday. These include Guilty Gear Strive, Tekken 7, Dragon Ball FighterZ and more. Championship Sunday will be packed, with the final stretches of the brackets for Ultimate, Melee, MultiVersus and the fighting game side events.