Every Prestige emblem revealed for Call of Duty: Vanguard

Every Prestige emblem revealed for Call of Duty: Vanguard

The upcoming emblems for Vanguard may have been leaked early 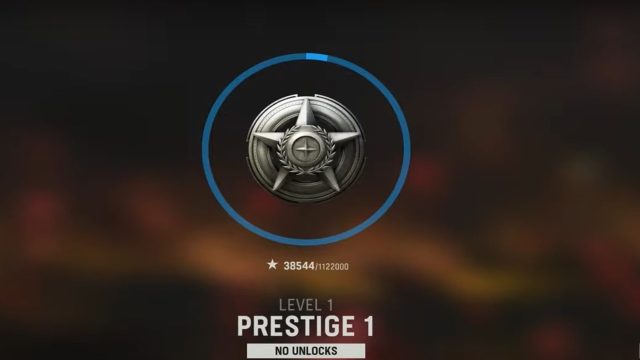 Provided by Activision The first Prestige emblem in Call of Duty: Vanguard.

The Prestige system within Call of Duty: Vanguard works similarly to how it has in the past two years. Players will rank up to Level 55 and then proceed to the Prestige ranks, where they unlock new emblems every 50 levels or so. Currently, in the pre-season after the game has launched, players only have access to three Prestige ranks. However, thanks to some players who have grinded Vanguard, the other dozen-plus Prestige emblems have been revealed.

Level 100 is the maximum level players can achieve in the pre-season. When players hit this level, they’re supposed to stop progressing until Season 1 of Vanguard releases on Dec. 3. Then, players could rank up to level 1,000 after having their level reset to 1. It seems that Sledgehammer Games made a mistake, though, as it unintentionally allowed players to progress past Level 100 in the pre-season. In turn, this showcased all of the supposed Prestige emblems coming to Vanguard in future seasons.

The new Prestige emblems in Vanguard

There were several players that reached Level 1,000 in Vanguard before the first week of the game ended. This grinding gave them the opportunity to see a new Prestige emblem every 50 levels they earned. Sledgehammer Games patched this mistake in a recent hotfix but the damage was already done. Players had taken screenshots of the Prestige emblems and they’re public for all to see.

YouTuber PrestigeIsKey recently published a video showcasing every emblem that was leaked. The emblem itself seems to progress from a star to something else entirely. The end emblem has an octopus that’s reminiscent of the Hydra logo from Marvel’s “Captain America” movies.

There’s no official confirmation that these are the emblems players will receive in future seasons if they continue to Prestige. However, if players entered Prestige in the pre-season, they’ll have their level reset to 1 on Dec. 3 and will need to progress another 50 levels to earn another Prestige emblem. There will only be three Prestige emblems available for players to earn each season in Vanguard.