Every change coming to Warzone 2 with the Season 2 update

Every change coming to Warzone 2 with the Season 2 update

A revamp of the Warzone 2 experience 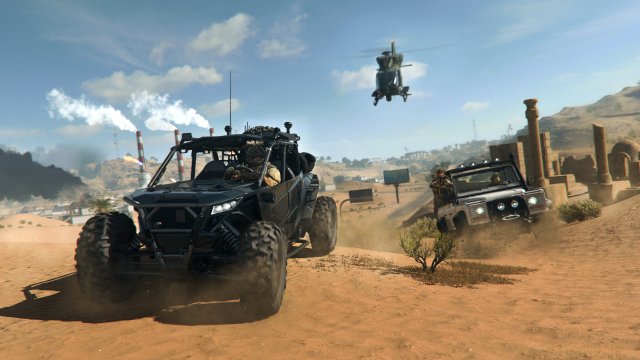 Earlier today, the developers at Raven Software and Infinity Ward shared a new community blog that details all of the changes coming to Call of Duty: Warzone 2 with next month’s Season 2 update. Originally set to launch on Feb. 1, Season 2 was delayed until Feb. 15 to give the developers more time to fine-tune and polish the update. To their credit, it seems the devs have been doing their fair share of polishing, as Warzone 2 is set to undergo a significant overhaul in Season 2.

The official Call of Duty Twitter account has been teasing some of these updates over the past week or so. It seems all of the studios working on Modern Warfare 2 and Warzone 2 are trying to keep the lines of communication more open than they’ve been previously. This is great news for fans, as they’re kept up to date on what’s happening in real-time and in the future.

To see all of the changes that have been confirmed by the developers for Warzone 2 Season 2, keep reading below.

All confirmed changes in Season 2 of Warzone 2

We will say that there could be more changes coming to Season 2 that we don’t know about yet. We’re simply going off of the information laid out in the newest community blog post. Below, you can see all of the changes that were listed in that blog for Warzone 2 specifically.

Obviously, this is a ton of changes to digest. However, most of these changes are community-driven, which is terrific news for the future of Warzone 2. More information regarding the Season 2 update will come out in a bigger blog post on Feb. 8.