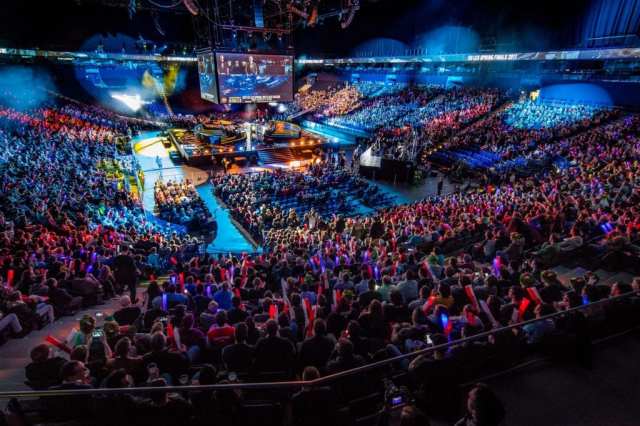 The cheers are dying down in Madrid as we look towards the EU LCS Regional Gauntlet this coming weekend. Four of Europe’s best teams will duke it out for a chance to represent their region at the 2018 World Championships. There are a plenty of interesting storylines to follow during the Gauntlet. For example, will the EU LCS Finalists’ FC Schalke 04 rise to the occasion this time around? Will the perennial EU LCS champs, G2 Esports, be able to reach the Worlds stage again? Can Misfits Gaming find the same success they had at the beginning of the split? Or will Splyce surprise everyone and take the final European Worlds slot? Let’s jump into the rankings for the four teams that will be fighting for the last spot for Europe.

Schalke 04 came pretty short of the EU LCS Summer Championships against Fnatic this split. However, they will be hungrier than ever to win the Regional Gauntlet. They are looking like one of the best, new teams out of the European region. The combination of veteran presence and their young, dynamic ADC Elias “Upset” Lipp was enough to push them to the Finals this season. It should be enough to push them to the Finals of the Regional Gauntlet.

The resurgence of jungler Maurice “Amazing” Stückenschneider has been a huge reason for Schalke 04’s great performance. Although Amazing’s stats are not the greatest, the experience and calm shotcalling he deals out in tough situations are important as well. Mid laner Erlend “Nukeduck” Våtevik Holm has also had a great comeback season of sorts, with some good stats to boot. Together, they are looking to help represent Europe on the grand stage in South Korea.

Misfits were looking like the best team in the EU LCS at the beginning of the summer split. However, after a loss to Fnatic at the midpoint of the season, they would go on to win only three games in the last five weeks. It was a pretty harsh dropoff from the dominating fashion they were taking the league. In the playoffs, they would make short work of G2 Esports in the first round, only to lose to Fnatic in a lopsided 3-1 defeat. They will need to work hard again to win the Regional Gauntlet and make it to the World Championships.

First off, they cannot rely on their ADC Steven “Hans Sama” Liv as much as they have been. For Misfits, it’s been “Live by Hans Sama, die by Hans Sama” for most of the season. The team usually focuses on the bottom lane to help snowball their ADC, and therein lies the problem. There just isn’t enough firepower on this team to compete with the top tier teams in the EU LCS. Providing a lot of resources and getting Hans Sama fed may work against weaker teams in the league. However, there are too many teams that will be able to counter that strategy with ganks and other playstyles.

For G2 Esports, their Worlds hopes lie on the shoulders of their jungler Marcin “Jankos” Jankowski. The perennial EU LCS All-Star was considered the best jungler in the region until just recently. Jankos has been struggling this past split, not living up to his nickname of “The First Blood King”. In fact, he would only equal to 42 percent of first bloods this season. His stats have suffered a bit this split, but it is his effect on his team that has changed dramatically. For some reason, his impact on his lanes and the game have faltered significantly in big moments.

Jankos needs to help bolster his teams’ strengths, especially in the mid lane with star Luka “Perkz” Perković. For example, if he limits Hans Sama’s effectiveness by weakening the rest of his team, then G2 Esports could have possibly made it past Misfits Gaming in the EU LCS quarterfinals. However, we will now have to wait and see if G2 can adjust their style of play in time for the Regional Gauntlet.

Splyce gave Schalke 04 a bit of trouble in the playoffs this split in the first round. They would force the eventual runner-ups to a five-game series, but would ultimately lose. What does Splyce need to do to surprise everyone and make it to Worlds again? Well, it all starts in the jungle. Their jungler Andrei “Xerxe” Dragomir has been very on and off throughout the season. One moment he looks great, the next he looks like a bottom tier jungler. Also, he was playing Gragas for four of the five games against Schalke 04. Maybe some compositional variety is needed to help enable this teams’ potential?

Ultimately, this teams plethora of veteran players should be able to handle the pressure of a possible Worlds appearance. However, will they be able to work together successfully to defeat Misfits Gaming? They will have to rely on Xerxe more than ever to help shut down the powerful carry that is Hans Sama. For Splyce fans, we hope the team is able to prioritize targets correctly and keep a clear mind throughout the tournament.

What do you think of the field at the EU LCS Regional Gauntlet? Let us know your thoughts in the comment below! If you want more EU LCS coverage, check us out here!