Esports tied with NBA for viewership in 2018 - Upcomer

Esports tied with NBA for viewership in 2018 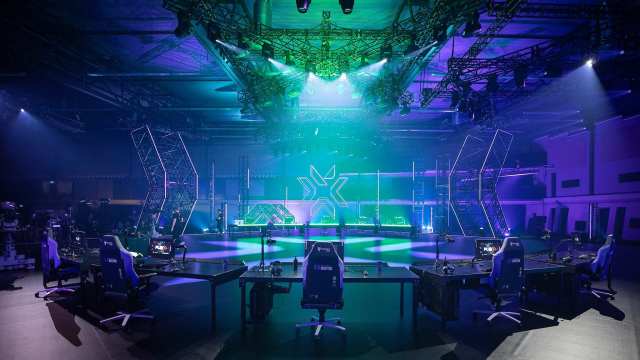 The rise of esports has been quite a phenomenon. From its humble days in the ’80s – with events drawing thousands such as Space Invaders and Mario Bros. tournaments – esports today has become a major spectator sport. In 2018, esports viewership reached a staggering 63 million people, bringing it to a tie with the NBA in popularity. This was revealed in a recent survey by Activate. The popularity makes perfect sense, too.

With gaming leagues forming across the globe, there’s plenty of teams to cheer on. Esports also lends an aura of familiarity and solidarity to fans. After all, these are games that anyone and everyone from every walk of life can participate in. Fans can tune in to streamed competitions and their favorite players and teams at any point, from the comfort of their own homes. Regardless of what game someone likes, chances are that services such as Twitch can accommodate.

One would be hard-pressed to find a gamer who isn’t familiar with Twitch. This major streaming platform has skyrocketed in popularity, with fans able to pop in and watch gamers play at any time. As of this writing, Twitch has over five million viewers active, with an impressive average of over an hour and a half every single day watching live streamers.

Twitch was purchased by Amazon in 2014 for almost $1 billion, and the decision to do so is paying off big. These impressive numbers topple primetime television networks – yes, including Fox News and CNN. With the worldwide esports audience expected to double by 2022, there’s no stopping this train, either.

Everyone’s getting on board

Esports has the entire world jumping in. From professional athletes to business moguls and A-list celebrities, anyone and everyone seems to want a piece of the action these days.

Since 2016, sports giants such as ESPN have been investing heavily in esports competitions and even the leagues themselves. TBS has also made itself a key player in joining the movement, with its pro gaming circuit Eleague. TBS finished producing a show last year about the recent CS:GO pro tournament, Eleague Premier 2018, which debuted in August. Last year also saw the launch of the first 24/7 esports television network, eSportsTV.

With esports matching the NBA and poised to tackle the NFL in the near future, it’s safe to say that video games are rapidly reaching the pinnacle of the sports entertainment world – and there’s no stopping them.