Epic Games releases new Birdie Skin in Fortnite | How much does it cost?

Epic Games releases new Birdie Skin in Fortnite | How much does it cost? 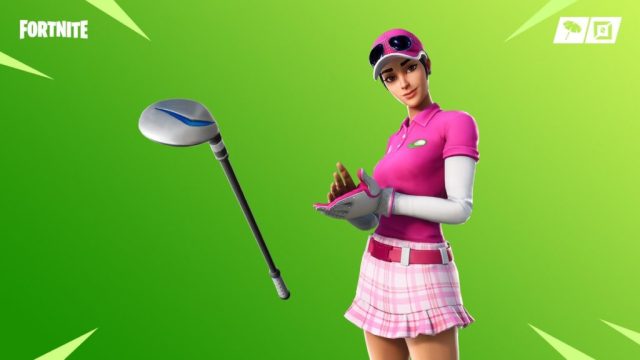 In the April 13th Fortnite Item Shop came the brand new Birdie skin. While many data-miners tend to leak future cosmetics, there was no mention of this set in the v8.30 update. Many fans were surprised and delighted to see a fresh skin, which is a rare thing in a world of leaks.

However, the release of Birdie came with some controversy over the price. Originally set at 1,200 V-Bucks, Epic Games later stated this was a mistake. The skin is now properly set at its correct price, for 800 V-Bucks. If you bought it at its higher cost, Epic awarded you with the 400 V-Buck difference. If you don’t see this in your account, contact Fortnite’s support service.

What’s alongside the Birdie skin?

As always, each skin in Fortnite comes in a specific set. Sometimes, these sets are added to, but most of the time the entire set comes out in one Item Shop. This time around, the Birdie skin is apart of the “Teed Off” set, further relating it to traditional golf. The Teed Off set also includes the Driver pickaxe, which costs 500 V-Bucks.

Fortnite has made it a habit to design and release cosmetics around popular events. The infamous soccer skins were released for the FIFA World Cup. For most holidays or major events, Epic will introduce a themed skin around that particular celebration.

With Birdie, Epic obviously had The Masters in mind, which concluded on Sunday, April 14th with the legendary return to form for Tiger Woods.

While Fortnite does design some spectacularly intricate skins, fans were relieved to see a simple look for a chance. The Birdie skin is extremely modest in design, which sometimes makes for the most popular outfits. The soccer skins and the Elite Agent from Season 3 are some great examples of this.

As mentioned previously, Fortnite fans are spoiled from the fact that a majority of new skins are leaked beforehand. Data-miners will go into any recent update’s files and find images of every upcoming cosmetic. However, the Birdie skin was not found in any update file, meaning Epic hid it very well.

This isn’t an uncommon trend for Fortnite recently. Anyone who participated in the GeForce Fortnite Bundle promotion received a free variant of the Counterattack set. This was thrown in seemingly out of nowhere in the v8.30 update.

With all of the leaks nowadays, it’s nice to see some undiscovered skins make their way to Fortnite. Perhaps this tendency will continue in the future from Fortnite and Epic Games.