A major esports merger has resulted in a new CDL team 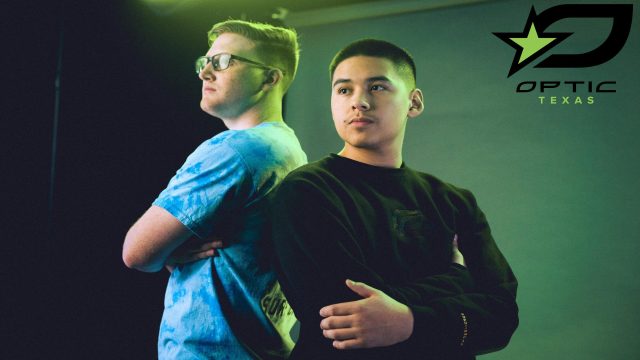 Provided by Envy/OpTic Scump and Shotzzy uniting under the OpTic Texas brand.

After months of questions and anticipation, Team Envy and OpTic Gaming have finally come together and announced a merger of their two organizations. As a result, a new Call of Duty League team, OpTic Texas, is formed. The roster consists of two former Dallas Empire and two former OpTic Chicago players. Anthony “Shotzzy” Cuevas-Castro, Indervir “iLLeY” Dhaliwal, Seth “Scump” Abner and Brandon “Dashy” Otell will all compete under OpTic Texas in 2022. Raymond “Rambo” Lussier will return to coach the roster as well.

This announcement comes after original reports stated that the two sides were working toward a merger back in Aug. Through the merger, Envy owner Mike “Hastr0” Rufail and OpTic owner Hector “H3CZ” Rodriguez turn from opponents to allies.

H3CZ is joining the Envy Gaming ownership group but will continue to run operations for OpTic, retaining his title as president of the organization. All other creators and employees under OpTic Gaming will also keep their roles in the organization. However, Hastr0 and H3CZ also plan to use the merger to “grow the OpTic and Envy brands into other esports and media ventures, sales and marketing collaborations, content creation and live events.”

In the short term, though, the OpTic Texas Call of Duty League team is the main focus of the merger. The Dallas Empire and OpTic Chicago brands have been retired and the two teams start anew in Dallas. When asked why the team didn’t go with the name “OpTic Dallas,” a representative stated that the teams have acquired the rights to expand their brand into all of Texas. In short, this means OpTic Texas is the official CDL team of the Lonestar State. They’ll look to bring in more fans from around Texas, including the Austin area.

The future of Chicago in the CDL

While the merger creates a new team, it also leaves behind a spot in the CDL. OpTic are no longer competing in the Chicago slot, which means that another team will have to fill it for the 2022 season. Envy and OpTic revealed today that through the merger, the organizations hold the slot. It was previously thought that NRG would be left with it, since they were the original owners.

Regardless, Envy and OpTic will sell the slot and, according to them, there’s “viable interest in the slot at this time.” There’s no timetable for when a deal could come through but it seems the Washington Justice ownership group won’t be among the teams interested.

This is a historic merger for esports. Two of the most popular organizations in the world have come together to start creating and expanding as one. When asked about the merger, OpTic president H3CZ stated that “finding people you trust, and you want to build with, is the most important thing for the future of OpTic.”

It’ll be intriguing to see what Hastr0 and H3CZ have in store for their brands. For now, though, OpTic Texas is the main result of the merger. Four of the most popular CDL players in the world now compete under the same organization and they’ll look to bring another world championship to Dallas starting in 2022.