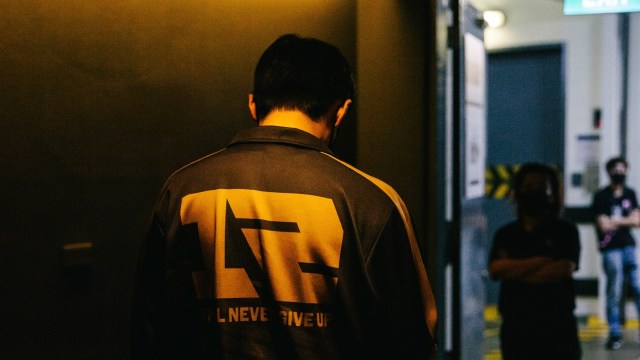 Along with upsets galore at every series of the playoffs, the day ended with one of the most epic games that the International has ever seen between RNG and Entity.

The game lasted a staggering hour and 47 minutes as the teams traded advantages back and forth for the entirety of the game. Finally, Entity was able to take the series and move on to the next round of the lower bracket in the International 11.

We ended the day with the longest Main Stage game in TI history, with a 107:02 match between RNG and Entity. With several Divine Rapier trades, Entity eventually took the win. #TI11 pic.twitter.com/pOCKs0x50R

Entity vs RNG — The statistics

According to the statistics by Ben “Noxville” Steenhuisen, the game between Entity and RNG was the third-longest game in any Dota LAN in history and the second longest game in the history of the International.

The game had one of the largest net worth differences that competitive Dota has ever seen with Entity leading the game with 131,000 net worth at an hour and thirty minutes in. The game had six divine rapiers bought and eight Roshans taken, only in four games in history has Roshan been taken eight times in a professional Dota game.

Well now we know why they have the "Never Give Up" part.

RNG ends its run at the International on the first day of the playoffs, but the story of their run was faced with many unexpected issues. RNG was at the top of the group with a 9-1 record at the end of the second day.

However, on the night of the second day of group stages, RNG’s midlaner, Lu “Somnus” Yao was diagnosed with Covid-19 along with three other members of the team. The next two days, RNG lost eight games and exited the group with a 9-9 record and was placed in the lower bracket. At the end of the game against Entity, Somnus posted a cryptic post on his weibo that seemingly announced his retirement from Dota.

Somnus is retiring after this TI 😭😭😭 pic.twitter.com/HT5SIngO9o

While his retirement is not confirmed yet, the scene at the Suntec Arena in Singapore will never be forgotten. As Yap “xNova” Jian Wei, the only remaining member of RNG not isolated due to Covid-19, sat alone on the stage to face an elimination match alongside four teddy bears. He shook the hands of all the Entity as the sole representative of his team and walked off the stage as the crowd cheered his name as RNG’s International dreams came to a close.

It definitely felt difficult to play alone on the stage today but hearing the crowd shout my name for the first time made me emotional to another level and it’s a feeling I’ll never forget… Thank you everyone for your kind words, your support… I’m grateful beyond words.