Entire EXTREMUM roster benched after failure to qualify for major

Entire EXTREMUM roster benched after failure to qualify for major 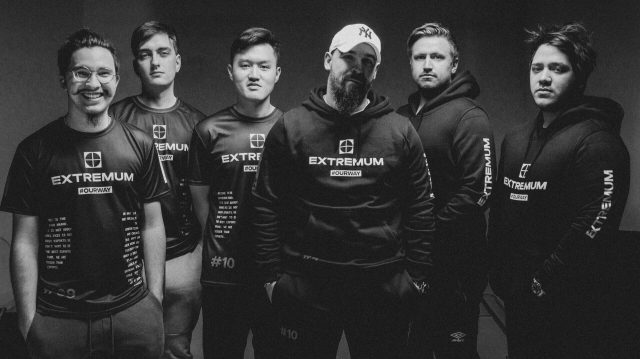 EXTREMUM has benched their entire Counter-Strike: Global Offensive roster, the team announced via a tweet Sunday. The announcement made specific mention of the team’s failure to qualify for the PGL Major Stockholm after losing to Evil Geniuses. The IEM Fall qualifier as a whole was difficult for the team, going 3-2 in groups before losing a crucial fifth place decider match to EG, 2-1.

“At this point EXTREMUM CS:GO roster is benched, its further fate is unknown,” the statement read. “Thank you all for your support, we’ll keep you posted on all the updates.”

There is no indication yet of whether the organization means to keep their coach, Aleksandar “kassad” Trifunović.

EXTREMUM’s Head of Business Development, Emir “sngz” Udvincic, tweeted to make it clear that the team was open to any interest in the acquiring the benched players.

The core of EXTREMUM’s roster, nicknamed “The Boys,” showed a lot of promise under the 100 Thieves banner. They placed well at significant international events, like their second place finish at IEM Beijing 2019. The Oceanic squad — minus Justin “⁠jks⁠” Savage, who left to join Complexity — became EXTREMUM when the organization brought in Indonesian rifler, BnTeT, as their fifth man. The roster was finalized on Jan. 24, 2021. Since that time, the roster struggled to find results and was rated at No. 46 worldwide before they were benched. The Aussies in particular — Gratisfaction, AZR and Liazz — couldn’t find their form at IEM Fall.

The EXTREMUM team’s most recent loss prior to the announcement came at the IEM Winter: European Open Qualifier event. In the first round of play, they lost 6-16 to the unsigned team PARTIZAN, eliminating them from tournament contention.