EG and ENCE both finish the PGL Major Legends stage with 0-3 records. 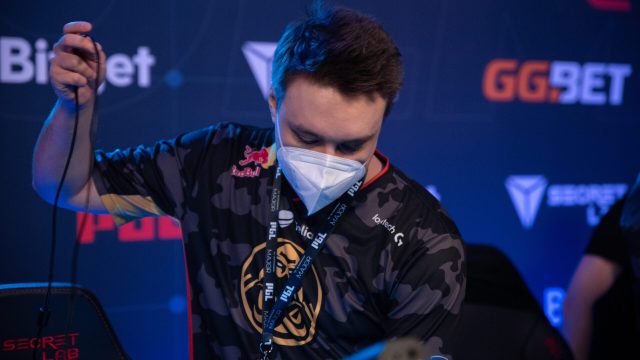 ENCE and Evil Geniuses have been knocked out of the PGL Major in the Legends stage. The teams were both eliminated without winning a match, ending their major runs with 0-3 records in the second leg of the event.

ENCE faced off against Gambit Esports and Team Liquid yesterday, losing both best-of-one’s. Today, they placed MOUZ in a best-of-three, where they lost Mirage 6-16 and Vertigo 10-16. The disappointing result should still be taken within the greater context for a team whose entire run to even qualify at the major was unexpected. ENCE placed second at IEM Fall — losing to Ninjas in Pyjamas — to secure the necessary regional major rankings point to reach the PGL Major. They battled through the Challengers stage to become Legends, but weren’t able to overcome the stiff competition they faced there.

In contrast, EG qualified for the PGL Major with Legends status, skipping the first stage of the competition. At IEM Fall, the North American team came fifth, which, on top of their RMR points from cs_summit 8, was enough to guarantee their spot as Legends. Their first day of the major featured losses to FaZe Clan and the Copenhagen Flames. EG played Team Vitality earlier today in a best-of-three that went through all three maps. EG won Inferno 16-13, before losing Vertigo 16-5 and Dust II 16-12. They are the first team with Legends status to be eliminated from the major.

As for Vitality and MOUZ, their runs continue tomorrow on Day 7 of the PGL Major with elimination matches against Astralis and Virtus.pro, respectively. The winning teams will survive to play one more do-or-die game to qualify for the playoffs.

The Champions stage of the PGL Major will begin on Nov. 4 with the quarter finals. The finals will take place on Nov. 7. The playoffs will take place in the Avicii Arena in Stockholm, Sweden in front of a crowd.