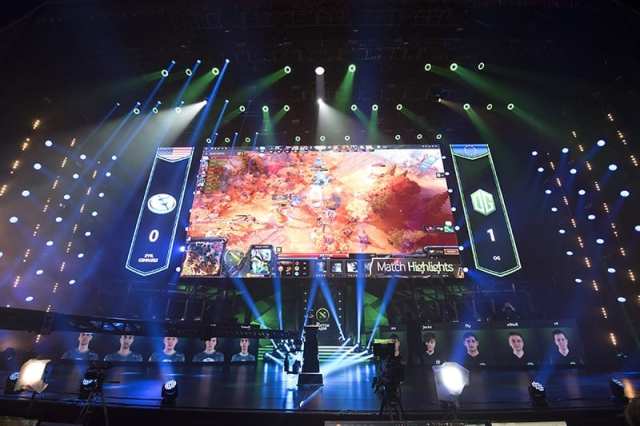 In a considerably major breakthrough in artificial intelligence, research group OpenAI has created a bot capable of beating the top players in Dota 2. As published on their website, the AI research company has stated:

“We’ve created a bot which beats the world’s top professionals at 1v1 matches of Dota 2 under standard tournament rules. The bot learned the game from scratch by self-play, and does not use imitation learning or tree search. This is a step towards building AI systems which accomplish well-defined goals in messy, complicated situations involving real humans.”

The San Francisco-based company is backed by business mogul and engineer Elon Musk. And they’re making serious progress in machine learning. The research company, committed to developing safe AGI (artificial general intelligence), also conducts extensive research in robotics. Widely considered to be at the forefront of computer science, they opted to demonstrate their technology in esports. Artificial intelligence has made considerable strides in recent history. From earlier software defeating checkers professionals to Unreal bots learning how to exploit players, computing has come far. Powered by untold lines of code, OpenAI has now announced that their program has beaten one of the top-ranked teams in the world, winning two out of three games.

OpenAI vs the world

Last year, OpenAI shocked the world at The International tournament, beating one of the top players in Dota 2, Danylo “Dendi” Ishutin. The International tournament, hosted by game creators Valve, is a competition for a $24 million prize pool. Announced live in-tournament as a surprise event, the OpenAI team unveiled their bot against the Ukrainian pro. The AI proceeded to defeat Dendi in the first match, with him forfeiting the second. At one point against the bot, he jokingly said, “Please stop bullying me” in the heat of the moment. The tournament host, baffled by the results of the initial match, asked the team exactly how it was possible. OpenAI GTO Greg Brockman, present at the tournament, explained:

“It’s played for, really, lifetimes of experience. It’s played so many games of Dota, it’s explored so many different strategies. It’s learned to bait and learned to exploit other people who bait. It’s just played far more into the strategy space than any human has. This bot can actually learn from scratch in a span of two weeks of real-time. And so after an hour of training it’s able to crush all of the built-in bots. After about two weeks, we’re kind of at the level we’re seeing here today.”

How did a bot master Dota 2?

Dota 2 is a rather complicated game. It involves many elements, from RPG-mechanics such as gaining experience and building gear, to strategic gameplay and player intuition. This bot, through OpenAI’s competitive self-play research, can practically train and learn endlessly by competing against itself. The host asked the CTI of OpenAI what this means for the future of, not only gaming, but the world in general. Brockman was happy to answer:

“It’s a great question. So what we’ve built here is a general learning system. which is still limited in a number of ways. But it’s capable enough to beat the best human pros at Dota. This is a step towards building more general systems that can learn really complicated, messy and important real-world tasks. Like being a surgeon. And the goal of OpenAI, the company that we work at, is to ensure that these really powerful systems are good and beneficial for all of us.”

With computer AI capable enough to surpass professional gamers, the future looks bright for the world of tech. This major breakthrough will likely not be the last for the folks at OpenAI.