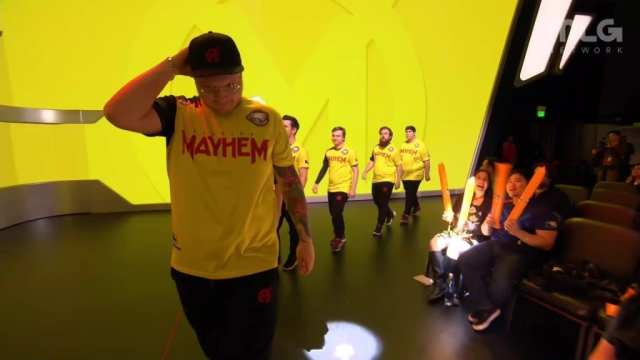 In an entertaining video, Echo Fox announced the addition of Michael “MikeYeung” Yeung to their League of Legends roster. The 20-year-old jungler was transferred from Team Liquid Academy, where he played in the 2019 season. Additionally, Echo Fox’s now former jungler Lee “Rush” Yoon-jae announced he is a free agent, following the recent signing. Rush also played for Echo Fox in the 2019 season but wasn’t a constant starter.

Team Liquid further made a post on their website thanking MikeYeung for his time with the team. In it, they expressed how happy they are that one of their academy players made the jump to the big stage. MikeYeung first came under the spotlight in 2017 as a member of Phoenix1. He was seen as a promising young prospect, able to carry the game from the jungle role. Subsequently, he earned the Rookie of the Split award in 2017 NALCS Summer. After Phoenix1 failed to make the cut for franchising, MikeYeung joined TSM to replace Dennis “Svenskeren” Johnsen after his departure from the team. There was much hype about the young prospect joining such a powerful team, especially from their fans.

The downfall of a young prospect

Unfortunately, his performance on TSM wasn’t as promising as one would hope. He struggled to fit in with the team and have the impact that he had on Phoenix1. His games were fairly inconsistent and he couldn’t get back to his former form. Whether it was just another case of the TSM jungler effect or a shift in the jungle meta, no one can say for sure. TSM was subsequently forced to often use Jonathan “Grig” Armao, who later became their starting jungler, instead of him. MikeYeung was put on the academy team for summer, where he had little-to-no success. The team failed to make playoffs as they finished seventh in the regular season. In the 2018 offseason, MikeYeung went on to join Team Liquid’s academy team. In the one split that he played for them, the team finished in 3rd-4th place after losing in the semifinals.

This is a much-needed change for Echo Fox as they are currently ninth in the LCS standings. Their jungle position has often been seen as the weak point, with Rush having issues when it came to consistency. Only time will tell if MikeYeung is the right fix for their issues, but he probably won’t be the be-all, end-all solution they need.

Do you think MikeYeung will help Echo Fox reach the playoffs this split? Let us know in the comments below!

For more League of Legends news, stay in touch with Daily Esports.