E3 gives us our first glimpse at Fallout 76

E3 gives us our first glimpse at Fallout 76 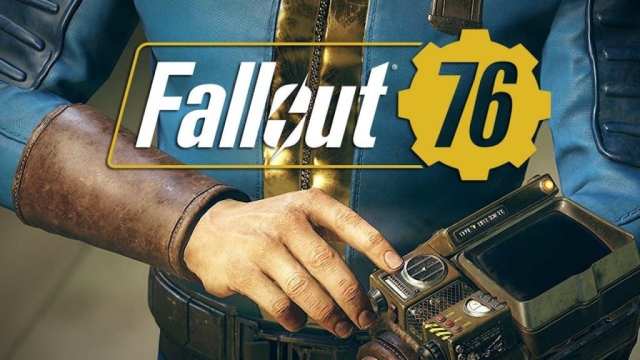 Bethesda launched its showcase Sunday night, and it’s safe to say that they came roaring out of the gates. Between a new Doom tease, announcing Elder Scrolls 6 and the development of not only an entirely new single-player franchise but a new mobile multiplayer game as well, it’s no surprise why we haven’t heard a ton from the company of late. That said, everyone in attendance was mostly there for one reason: Fallout 76. Developer Todd Howard joined the packed house at E3 this year in Los Angeles to finally answer some questions about the recently-teased new addition to the Fallout franchise, and he certainly delivered.

For the first time in the history of the franchise, Fallout will feature an entirely online environment. While he assured the audience that there will be solo options, Howard expressed Bethesda’s curiosity and long-standing desire to branch their hit game franchises out into the multiplayer world. Unlike previous entries, Fallout 76 will be an open-world game with a focus on player-versus-player combat and sandbox elements — and it will be four times bigger than Fallout 4. The newest entry in the series will also focus on building co-op teamplay and pitting the player and their friends against a myriad of new mutants, raiders, and of course, the ever-challenging elements of a post-apocalyptic nuclear wasteland.

Describing the game as ‘softcore survival’, Howard stated that the death of a player’s character doesn’t mean loss of progression. He also went on to emphasize, “this is the apocalypse, not an amusement park”; the gameplay environment will feature players in the dozens, not in the hundreds or thousands. This is a far cry from Bethesda’s other major multiplayer project, Elder Scrolls Online. Consequently, Fallout 76’s lack of massively multiplayer elements brings it closer in likeness to Minecraft and Fortnite than to ESO.

Fallout 76 was announced as a game that will be heavily influenced by player-versus-player combat. This raises an obvious question: is Bethesda hoping Fallout 76 will be the company’s gateway into the world of esports? Incorporating elements from the Fallout universe and previous survival/sandbox entries simultaneously may very well be that winning formula. Nevertheless, this is a rather large undertaking for a studio that has focused primarily on single-player titles in the past. Only time will tell whether or not Bethesda has a future on the world stage of competitive gaming.

Part of the announcement was also the news that Fallout 76 would have a beta testing phase prior to official release. Players that pre-order the game will get the chance to playtest it before the game goes live. As is tradition, this announcement immediately resulted in Bethesda’s website crashing from the incoming traffic.

Players looking to pre-order the game have three options. The “Standard Edition” will come with only the base game, as well as entry into the early access beta. The “Tricentennial Edition” (aka “Deluxe Edition”) comes with several in-game goodies, like power armor, weapon customizations and emotes.

The big dog of the pre-order packages is the “Power Armor Edition”. This bundle comes with all of the bonuses from the smaller packages, as well as an assortment of real-world items. These include a glow-in-the-dark terrain map, a package of collectible figurines, and a Tricentennial Steelbook. The main attraction of this bundle, however, is the T-51 Power Armor Helmet. Full-scale and wearable in person, the helmet has its own built-in headlamp and voice distortion device. Unfortunately, as of the time of this writing, the Power Armor bundles are all completely sold out.

Fans have long yearned to explore the wastelands of the Fallout franchise with other players. That very yearning is now a reality that is rapidly approaching. Fallout 76 is expected to see its full release in November 2018.