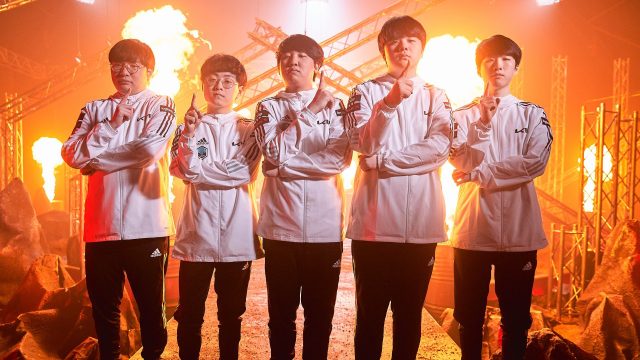 DWG KIA have knocked out MAD Lions from Worlds 2021 with a 3-0 win in the quarterfinals series.

The South Korea tournament favorites showed no signs of slowing down with a swift series against MAD. DK also remain undefeated at Worlds with a 9-0 record. With this win, DK march on to their second consecutive semifinals and keep their hopes of hoisting the Summoner’s Cup two years in a row alive. They are set to face their regional rivals, T1, in what feels like a League of Legends Champions Korea summer finals rematch.

Meanwhile, MAD’s exit from the tournament means there are no European teams left at Worlds 2021. It also leaves Cloud9 as the last Western team at the tournament.

DWG KIA started Game 1 with a much better early game to no one’s surprise. Their Syndra Lee Sin combination in mid-jungle paid dividends as they were able to keep MAD under their turret for most of the game. MAD top laner Irfan “Armut” Tukek continuously struggled against DWG KIA’s Kim “Khan” Dong-ha in the top lane. After taking all neutral objectives, DK closed out the game with over a 10,000 gold lead.

Furthermore, unlike Game 1, MAD actually began Game 2 well with successful repeated ganks onto Khan in the top lane. They were able to convert this into an overall map advantage and were about 4,000 gold ahead in the mid-game. However, MAD ignored the potential Kennen flank from Khan and were punished for it in a baron fight. After this, DK fought their way back into the game and finished it after a heroic ultimate from Khan.

The last game of the series was mostly DK favored with MAD trying to find little advantages around neutral objectives. However, all their efforts were not enough as DK eventually ended the series with a win.

If Worlds 2021 had a theme, it would be “South Korean dominance,” and the two best teams from this region will now meet each other in the semis. Both teams have the best early game and least deaths in the tournament so far. They also have very powerful top lane with T1’s Kim “Canna” Chang-dong being the only player with a higher KDA than Khan.  While DK are the defending World champions,  T1 are still the most successful teams in Worlds history.