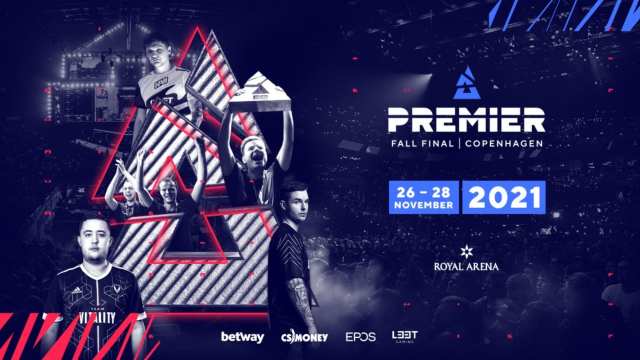 After some exciting group stage matches, we finally have the matches for Dreamhack Masters Stockholm set and ready to go. Let’s take a look at the playoffs’ Final 8, and how they stack up against each other.

The competition will be fierce and exciting, as each team is coming with plenty of motivation and momentum. Hopefully, with enough determination, each team is able to put up a good fight for themselves and the fans. Let’s hop into the matchups and break them down one by one.

Ninjas In Pyjamas vs. Heroic

Heroic is looking better and better as Dreamhack goes on. Considering how they have a loan in Daniel “mertz” Mertz, and lost Snappi, jUGI and valde very recently, their play is very surprising. However, we cannot deny that they are still an underdog in this tournament. Even still, they would eliminate Fnatic from the tournament, and would even drive fan-favorites FaZe Clan to overtime in the first match of the tournament. They are a team that can definitely catch others by surprise, especially if they are underestimated.

The Ninjas in Pyjamas might have been the beneficiary of an easier matchup schedule. Nevertheless, their matches in the group stages were hard-fought. NIP would claw back from a pretty big deficit against NRG, and they would win a tough series against Ghost Gaming. This veteran laden squad with Patrik ‘f0rest’ Lindberg and Christopher “GeT_RiGhT” Alesund at the forefront will have a big test ahead of them in Heroic. The Ninjas will have to rely on their experience as a team to outplay the relatively new lineup of Heroic. However, Heroic’s momentum from their impressive run through the group stage may be enough to push them ahead of the Ninjas.

MIBR made slight work of two of the best teams in their group, HellRaisers and mousesports. They were looking very comfortable together as a group, with Marcelo ‘coldzera’ David looking like his old self. Even Tarik “tarik” Celik and Jacky “Stewie2K” Yip had some highlight reel plays throughout the tournament. Their teamwork and individual skill seems to be flourishing under the guidance of new coach Janko “YNk” Paunović. They could be a dangerous team moving forward into the tournament. However, they must get through the ultimate test right at the start of the playoffs.

Astralis is still pound for pound the best team in the world. They would have a stumble in the group stages against North, and they would even struggle a bit against TYLOO Gaming. Their head coach, Zonic, would state, “Yeah, I don’t know if it’s the player break that has done something to us. People just feel a bit off teamplay-wise, the communication is a bit off.” However, this is not the team you underestimate. They still boast some of the best players in the world and the best decision making of any team in the game. They are also great under the pressure of the playoffs. MIBR cannot afford to let go of the gas pedal in this game, or Astralis will run them over in classic fashion.

This may be quite the lopsided affair. FaZe Clan is looking like one of the favorites in Dreamhack Masters after defeating Heroic and dismantling OpTic Gaming. Nikola ‘NiKo’ Kovač would show again why many people consider him one of the best players in the world. He would finish the OpTic game with an unreal 54-25 scoreline, with an average damage per round (ADR) of 137.2. FaZe Clan is rolling, looking for momentum heading into the Major this coming September 5th.

On the other hand, Mousesports is looking a tad bit weak. They were victims of an MIBR smackdown for their last game in the group stages. Their newest addition and huge source of firepower in Janusz ‘Snax’ Pogorzelski was almost invisible. Snax would end the two games with only fifteen kills to his name, with a measly 36.8 ADR. Hopefully, Snax was having an off game, and the rest of the team can show up when they face off against FaZe Clan in the first round of the playoffs.

This could be one of the closer matchups in the first round of playoffs at Dreamhack Masters. North is coming off of a brilliant showing through the group stages, even taking down Astralis in a convincing 2-0. Their whole team was clicking on all cylinders, with Philip ‘aizy’ Aistrup leading the way with 65 kills through the three maps. Could this mark the start of the rise of the North? It may be. They have a really good test ahead of them in Natus Vincere.

Na’Vi has been on the receiving end of some pretty close matchups against NRG and Ghost Gaming. Each match would go down mostly to the wire, with their superstar AWPer Aleksandr ‘s1mple’ Kostyliev leading the way every time. Their map kryptonite, Dust2, has been a problem for them all year. However, Denis ‘electronic’ Sharipov states in an interview with HLTV:

The decision was made by our coach and it was more about practice, we need to improve our Dust2 for the future, so we have to play it more. As you know, we have bad statistics on this map, but we have to play it. We were leading 13-9, but we went into overtime and lost it. But still, this is the best Dust2 we ever played with this lineup, we are growing up.

Hopefully, they are able to improve themselves on the map, so it cannot be used against them in the future. All in all, this matchup has the potential to be the most entertaining out of the playoffs.

Could there be a huge upset this year at Dreamhack Masters Stockholm? Maybe. The top teams have not been looking as dominant like they have been in the past few months. It may be due to the player break, but this gives other teams a chance at greatness. North and Heroic both have a chance to make a big splash at the playoffs, but if things return back to normal for each of the top teams, look for more classic matchups in the semifinals.