Hidden bosses from throughout the South are coming out of hiding 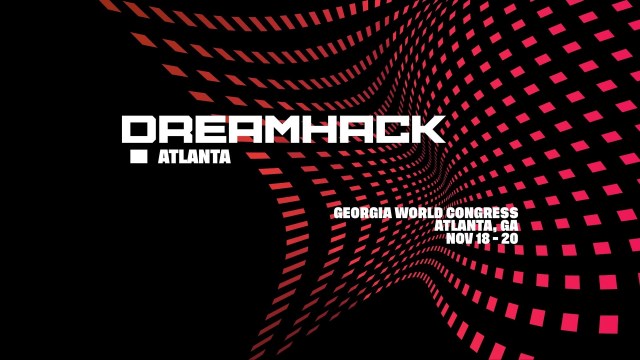 Provided by start.gg This will be the last major qualifier for the Panda Cup Finale.

Some of the best inactive Super Smash Bros. Melee players in the world will attend DreamHack Atlanta 2022 this weekend. Based on their performances, some of them could make a last-minute bid for a high spot on the year-end rankings.

In addition, this event will be the last Panda Cup Finale qualifier event prior to the on-site Last Chance Qualifier, with two spots up for grabs in both the Melee and Ultimate brackets. Here’s an overview of the players to watch out for at DreamHack Atlanta 2022.

Some of the best inactive Melee players face off

DreamHack Atlanta 2022 will only be the second Melee tournament of the year for the prospective first seed, Jason “Mew2King” Zimmerman. His first tournament was the Mexican regional Viva la Smash, where he did not drop a single game. Between his Marth and his Sheik, Mew2King should be well-equipped to face the Fox and Captain Falcon mains he is likely to play at DreamHack.

Meanwhile, Ben “SFOP” Duren need not worry too much about his placement at this event, since he has already qualified for the Panda Cup Finale. At his only major so far this year, Lost Tech City 2022, SFOP overcame Ben “Ben” Strandmark, Aljon “Franz” Apilado, Yasin “Mekk” Mekki, John “KoDoRiN” Ko and Zac “SFAT” Cordoni en route to fifth place.

Congratulations to SFOP for qualifying for the Panda Cup Finale pic.twitter.com/bQaCuYSj0F

On the Ultimate side, DreamHack Atlanta 2022 is similarly set to feature inactive top players from Georgia like Carrington “Wrath” Osborne and DDee. DDee’s only prior major this year was MomoCon 2022. There, he eliminated Jake “Jake” Silberman, Rasheen “Dark Wizzy” Rose, Luis “Lui$” Oceguera Ramos, Alexis “Goblin” Stennett, and Michael “Riddles” Kim. With a similar run at this event, DDee could qualify for the Panda Cup Finale.

Meanwhile, Jestise “MVD” Negron is coming into this tournament following a ninth-place finish at Port Priority 7 that saw him beat Salvatore “Zomba” DeSena and Gakuto “Gackt” Ito. As a result, he may be the frontrunner among the non-Georgian players to qualify for the Panda Cup Finale.