Should there be double-elimination? Worlds 2021 Knockout Stage Census

Should there be double-elimination? Worlds 2021 Knockout Stage Census

Should there be double-elimination? Are DWG KIA a dynasty if they win this year? Can T1 win it all at Worlds 2021? 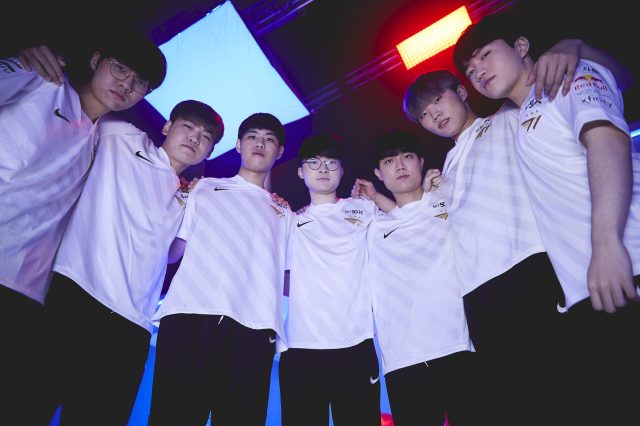 Worlds 2021 group stage has come to an end, and now all eyes are on the knockout stage where the final eight teams will clash for the Summoner’s Cup.

There were 14 questions in total, with over 1,200 people participating in the census.

Here are the results:

In no surprise, the fans loved the Worlds 2021 group stage, which many analysts and personalities are calling one of, if not the best in the tournament’s 11-year history.

While answers hit all over the board, the majority of the fans haven’t been too bothered by the lack of fans in attendance. It seems as long as the games are good and there’s production value behind it, the world championship can withstand no crowd (for now).

3. South Korea and China both have four teams at Worlds. Should two regions have four representatives?

In one of the more polarizing questions, all three options had support, with around 80% of fans believing at least one region should come into the world championship with four reps. This year, China saw a half of its quartet make the knockout stage while South Korea ushered all four to the single-elimination bracket.

4. Should the world championship knockout stage be double-elimination?

Yes, we need double-elimination in playoffs: 66.8%

One of the more burning questions being discussed in the League of Legends community right now is if the world championship should move to a double-elimination bracket for its knockout stage. Two in three fans believe that the right move would be to move away from the do-or-die and sometimes random bracket draw of the current format to one that could deliver more lower-bracket Cinderellas and proper finales.

5. Which quarterfinal are you most excited for at Worlds 2021?

With a majority Western audience taking this census, there should be no shock that the two quarterfinal bouts featuring European and North American teams led the pack here. If I were to host this question on Weibo, I’d expect the results to flip.

6. Who is the best top laner going into the playoffs?

Kim “Khan” Dong-ha is confirmed to be in his final world championship appearance before partaking in his mandatory military service in South Korea. He seems to be determined not to retire until he hoists the Summoner’s Cup.

If this census had been put out before the event began, the frontrunner would have been RNG’s Li “Xiaohu” Yuan-Hao. Yet, Khan’s dominion in the group stage along with T1’s Kim “Canna” Chang-dong’s ascent has made the fight for the best top laner at the world championship a trickier race to call.

7. Who is the best jungler going into the playoffs?

Uh, yeah, this one isn’t close. The Worlds 2020 Finals MVP Kim “Canyon” Geon-bu is the undisputed king of the jungle heading into the quarterfinals. Like Canna in the top lane, though, T1’s rookie Moon “Oner” Hyeon-joon has raised his stock massively in the eyes of the fans with a showcase group stage performance.

8. Who is the best mid laner going into the playoffs?

DWG KIA players come in sweeping the first three positions in this survey. Heo “ShowMaker” Su went five games in the main event before finally seeing a greyed-out screen. Behind him are Chovy and Faker, who are fighting in the opening quarterfinal. And though he had an electric group stage, Gwak “Bdd” Bo-seong continues to be underrated compared to his LCK rivals.

9. Who is the best bottom laner going into the playoffs?

After the first three positions had clear frontrunners, the bottom lane gets a lot murkier, with every AD carry at least receiving 2% of the vote. Park “Viper” Do-hyeon enters the knockout stage as the top dog of the bottom lane. He is heading into an LPL brawl with RNG and No. 4 in the ranking, Chen “Gala” Wei.

10. Who is the best support going into the playoffs?

Ryu “Keria” Min-seok tops the best of supports in the group stage heading into the playoffs. The prodigal support ended his first six games of the main event with a ridiculous KDA of 14.0. In second, we have our highest Western player of all five roles in Norman “Kaiser” Kaiser of Europe’s last hope MAD Lions.

11. Who is the best team entering the playoffs?

So this was close. In the biggest blowout of the entire census, the reigning world champions are the Goliath-like favorites to take home a back-to-back championship. It’ll be up to the likes of their first-round opponent MAD Lions, and the remaining teams to see if they can stop the unstoppable beast that is DWG KIA.

12. If DWG KIA wins Worlds this year, are they officially a dynasty?

The only recognized dynasty in League of Legends is SK Telecom T1, who won three world titles over four years amongst several MSI titles and domestic crowns. As reigning world champions and three-peating LCK winners, 7 of 10 voters in the census believe another Summoner’s Cup would be enough to make them the second-ever dynasty.

Funnily enough, Faker and T1 might have a chance to stop DWG KIA’s quest to join them in that pantheon if they meet in the semifinals.

13. Check the box of every team you’re rooting for in the knockout stage

In a survey taken by most North American and European voters, it’s easy to see why C9 is at the top of the list. European fans who don’t want to root for the LCS have their hero Luka “Perkz” Perković operating the ship in the mid lane.

Someone check on the 4.4% that voted a 10 confidence on this one. These fans might need a friend to yank their hopium supply before it’s too late.