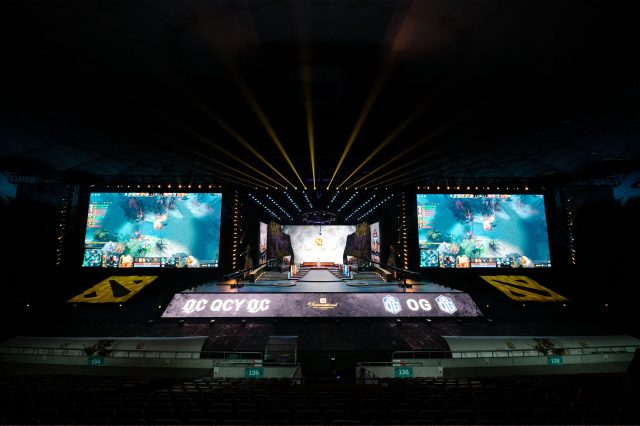 That’s where I come in. At alacrity.gg, I built a machine learning model and trained it on over 36000 professional Dota 2 matches to predict each team’s probability of winning in any match. Squared up against the odds market, we can find matches that generate positive-value bets.

Kenny Utama, longtime Dota 2 reporter, joins me with some comments of his own.

As the Main Event of The International 10 plays out, I’ll come back every day with analyses of tomorrow’s matches.

Fighting for survival in round two of the lower bracket, Alliance meet T1. The odds place this at around 35/65 against Alliance, while my model sits closer to 40/60. There’s not quite enough value to be worth betting on, and Alliance are most likely packing it up tomorrow, but there’s a reasonable chance they don’t.

T1 are simply a more dominant team across a variety of metrics. Their players have high individual win rates, while [A] are fairly average. They’ve had a slightly less consistent roster, but neither team has seen strong intra-team synergy. The current hero meta slightly tilts in T1’s favor as well, and they tend to have slightly higher gold, experience, and objective advantages in their victories.

None of these create large margins on their own, but all of these small tilts add up to give T1 a significant edge over [A].

In addition, these teams have faced each other three times in the past several months. Across three matches, T1 are up 6-1 in game score. I don’t think this matchup is quite that lopsided (that’s around 86/14 if we treat the score at face value), but history does repeat itself.

All in all, Alliance are on the definite back foot here, and both my model and the odds market are relatively in agreement on their chances.
–Kirillov

Yeah, I would say that the 40/60 estimate of the model is too generous, there is a very little chance that Alliance wins these games. While there might be a chance they put up a good fight, Alliance’s style of play is too linear and straightforward for it not to be countered by T1. T1’s previous match was bringing the best team in the world, PSG.LGD, to three games. They were one of the few teams to do so in the entire tournament. This game will be a 2-0 wash, it was surprising that Alliance got this far in the first place.
–Utama

Facing elimination as well, Evil Geniuses match up against Vici Gaming. With a roster full of TI veterans and well-known names, the boys in blue do feel like they should be favored, and the market agrees. Odds put this matchup at around 57/43 in EG’s favor. VG are a strong team in their own right, however, and my model actually believes them to be slightly favored, around 54.5/45.5. There’s enough disagreement here to be worth betting on VG.

EG have a history of strong performance, and individually their players beat out VG by a small, but noticeable, margin. However, China is a tougher region to compete in, and VG have maintained similar stats to the North American organization there. When they do win, VG tend to maintain a higher level advantage, which makes comebacks much more difficult.

At the WePlay AniMajor, these two teams split 1-1 in the group stage, and EG beat VG 2-1 in the lower bracket of the main event. EG have the historical edge, but it’s hardly been a one-sided affair.

Overall, my model believes that VG are slightly favored in this best-of-three. This matchup can really go either way, but with the payouts as they are, a bet on VG has some decent value.
–Kirillov

This is a difficult one to pick. Vici gaming and Evil Geniuses are both incredibly strong teams at the tournament. Vici Gaming fell to the Lower Bracket by losing to Virtus.Pro, a dark horse at The International 10. On the other hand, Evil Geniuses lost their chance at the Upper Bracket due to a loss to Undying in the Group Stages, and were able to beat Elephant in a best of one yesterday. Evil Geniuses were touted as a stronger team coming into the tournament, and there is no doubt that Vici Gaming are prepared to face them. My prediction is that Evil Geniuses make it out of the best of three due to sheer experience in these situations.
–Utama

In the upper bracket, Invictus Gaming and Team Secret face off for a shot at the upper bracket final. I’m within a couple of percentage points of the market here: they say 46/54, I say 44/56, both of which are close enough for the vig to eat up any betting value.

The single largest strike against IG is their individual player strength. Both China and Europe are incredibly competitive regions for Dota, so there’s no real excuse there. IG’s players all cluster around the 54-55% win rate, which is solidly above average but nothing to write home about. Secret, on the other hand, are pushing 66-67%, which is absolutely oppressive.

Both teams have some of the most consistent rosters in the game, and while both teams have been around for a long time, IG have a bit more total experience in professional games.

Head-to-head, IG have beaten Secret 2-0 at both the WePlay AniMajor (though neither team made it out of the wild card round robin) and at the Singapore Major (which IG went on to win). The past would side with IG, but we still think Secret should win more often in the long run.

45/55 matchups are fairly close, and realistically either team has a good chance at staying in the upper bracket. However, both the market and my model agree that that 55 skews towards Team Secret, so there’s no point in placing any bets – at best, the rewards are simply commensurate with the risks.
–Kirillov

I think that this will be one of the best games of the main event. There is almost no chance that either team sweeps the other, and a three game series is by far the most likely outcome. While both teams have had good showings in the Main Event, Team Secret is definitely favored in this case. Team Secret have come out guns blazing, playing some of the best DOTA they have ever played. They knocked OG out of the Upper Bracket, and are looking set to raise the Aegis at the end of this. I predict a Secret vs PSG.LGD Winner’s Finals, which may as well be a Grand Finals preview at this point.
–Utama

Finally, my overall pick for the tournament, PSG.LGD, face off against Virtus.pro. PSG are the obvious favorites, but I think the market isn’t giving VP enough credit for their ability to hang with the best. The market is giving PSG a 73/27 edge, while I think it’s closer to 65/35. VP are still a pretty heavy underdog, but the payout for an upset is higher than it should be, so a small bet on them is worthwhile.

PSG are slightly stronger individually, but both teams’ players have win rates in the 60-66% range. I’ve talked in the past about how these differences start mattering less when both teams are clearly great, and this is exactly one of those situations. VP have come together more cleanly as a team, so in the end the teams’ overall win rates are a wash.

PSG tend to be a bit more objective-based, while VP are more kill-focused, so we’ll have to see which approach wins out. PSG also have significantly more pro-game experience. Not that VP are novices by any stretch of imagination, but when the stakes are high, experience keeps nerves cool and makes sure a team plays to its full ability.

At the Singapore Major, PSG knocked VP to the lower bracket 2-0 in round one. VP got their revenge at ESL One over the summer, returning the favor in the same 2-0 fashion. PSG eventually got the upper hand in a later lower bracket match and won a 2-1 series, bringing their recent game total to 4-3. PSG are the overall winners of their past scraps, but VP have shown that they are more than capable of beating the Chinese powerhouse.

PSG.LGD are the obvious favorite here, and we agree with general sentiment on that. However, there’s no single metric that they completely dominate Virtus.pro on, and VP are a strong team as well. My model believes that the probability of an upset is a bit higher than the market is pricing in, and a large payout makes a small bet on this possibility a good value play.
–Kirillov

While I wouldn’t put the odds at 73/27 for PSG.LGD, they are definitely still the favorites coming out of this match. This is in no way undermining Virtus.Pro’s growth and dominance as a team over the last year, PSG.LGD are simply better in almost every way. They are equally skilled mechanically, they are more disciplined, and have infinitely more experience than the young Virtus.Pro squad. I would personally say Virtus.Pro are a year or two away from really contesting PSG.LGD. This game will truly show Virtus.Pro’s weaknesses, as PSG.LGD will find them and expose them. If Virtus.Pro are able to keep it close, and drag it out to a three game series, I think they should be happy.
–Utama