Dota: Dragon's Blood Season 3 — Everything you need to know - Upcomer

Dota: Dragon’s Blood Season 3 — Everything you need to know 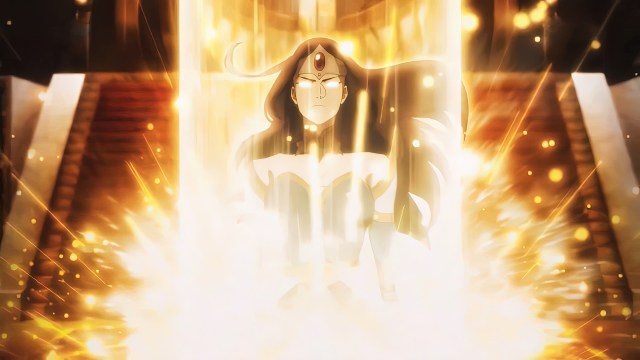 Provided by Netflix Mirana unlocks the power of the sun.

Dota: Dragon’s Blood is an adaptation of the popular video game turned into a Netflix series. The show has been able to introduce completely new characters into the game while expanding the lore of the universe. With the third season releasing on Thursday, here is a recap of each main character’s story through the first two seasons.

DO NOT SPOIL IT FOR OTHERS!!

Dota: Dragon’s Blood – Where is each character?

Davion, based off of the Dota hero of the same name, is the primary protagonist in Dota Dragon’s Blood. The dragon knight tasked with killing dragons, but in an ironic twist of fate, is merged with one instead. He leads Mirana, Marci and Fymryn as they travel through the lands, as he attempts to rid himself of Slyrak, the dragon that resides inside him. Davion is able to call on the power of Slyrak when he needs it the most, at times he is able to use its power to defeat foes like Terrorblade, a demon from the foulfell that serves as one of the main antagonists. Other times, it takes over him and he murders an emperor.

At the end of season two, we find that Davion has used all of Slyrak’s power to fight the that season’s big bad, Viceroy Kashurra; he can no longer feel Slyrak within him.

Mirana – Priestess of the Moon

Mirana is a priestess of the Nightsilver Woods who previously pledged her allegiance to Selemene, the god of the moon. At the end of season one, Mirana realises how Selemene has betrayed her and works to stop the goddess of the moon before all-out war takes over the land. Separated from her past in the Nightsilver Woods, the second season has Mirana explore her past in the Helio Emporium and further explore her relationship with Davion. At the end of the second season, it is revealed that the artifact that could separate Davion from Slyrak was within Mirana all along — she is The Eye of the Worldwyrm.

Mirana loses her companion, Marci, in the final battle at the end of season two; she not only inherits the Helio Emporium, but the powers of The Eye of the Worldwyrm.

Invoker – The wizard in the tower

Invoker is one of the most interesting characters in the entire show. His ultimate motives are as yet unknown, but the show has revealed two things; first, that Invoker had a previous relationship with the goddess Selemene, and they produced a child. The child, Philomena, fell sick, but Selemene refused to help unless they both served her as worshippers. In order to get his revenge, he captured many of the strongest dragons in the Dota universe and served them as a trade for power to Terrorblade.

While there are other characters in the show, these three will help any viewer catch up to the main story points going into season three. The new season is now available to watch on Netflix.