Does Warzone 2 have skill-based matchmaking (SBMM)?

Does Warzone 2 have skill-based matchmaking (SBMM)? 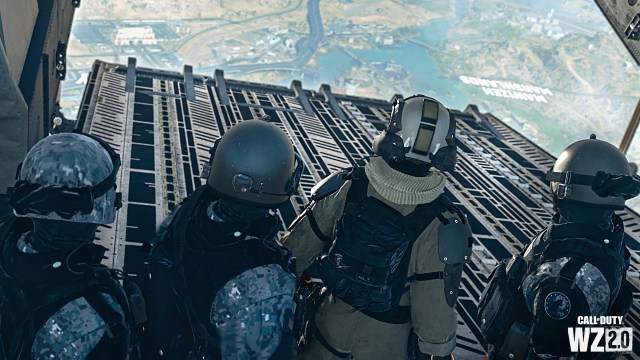 Over the last several years, one of the main controversies in the video game industry has been over skill-based matchmaking.

This form of matchmaking is currently employed in most multiplayer titles and prioritizes skill over internet connection when matchmaking players in a public lobby. While some games have a more strict form of skill-based matchmaking (SBMM), developers rarely talk about it out in the open. This has been the case with Call of Duty for nearly a decade.

However, SBMM has been confirmed to be in each title, including Warzone 2, dating back to the early days of the franchise.

But Activision has never truly come out and stated that SBMM exists in Call of Duty. Since the feature is so controversial amongst die-hard fans, the publishers know that any talk of SBMM will immediately receive negative comments from the community. While the developers have kept a tight-lip on SBMM and how it works in COD, ex-developers and content creators have confirmed its existence in each title. This includes the recent Modern Warfare 2 and Warzone 2.

When it comes to Warzone 2, the process of skill-based matchmaking will make it so you play against similarly-skilled players in public matches. However, this doesn’t mean every single player in the lobby will have your exact same kill/death ratio. There is some wiggle room, meaning that players could be of higher or lower skill.

While no developer from Infinity Ward or Activision has confirmed that SBMM exists in Warzone 2, there is little doubt that it does. Content creators, such as XclusiveAce and Drift0r, have done extensive tests over the years to determine the level of SBMM in the mainline COD games. Their tests left no doubt as to whether or not some form of SBMM was being used.

Players can also easily tell when their lobbies are full of high-skill players, which means SBMM is in full effect. Many in the community believe that the developers of COD have turned up SBMM in recent years compared to the earlier games, like Black Ops 2, Modern Warfare 3, and more.

The belief is that Activision can retain newer players at a much higher level with a stricter SBMM in effect. This is because these newer players go up against other newer players and not veterans who will kill them over and over.

So, to answer the million-dollar question, yes, it is extremely likely that Warzone 2 features some kind of SBMM. Has Activision officially confirmed this? No. However, the publishers and other developers have also never confirmed its existence for any other COD game, and community members have proven that it exists in those games.

Time will tell if Activision ever lets the cat out of the bag in regard to SBMM.